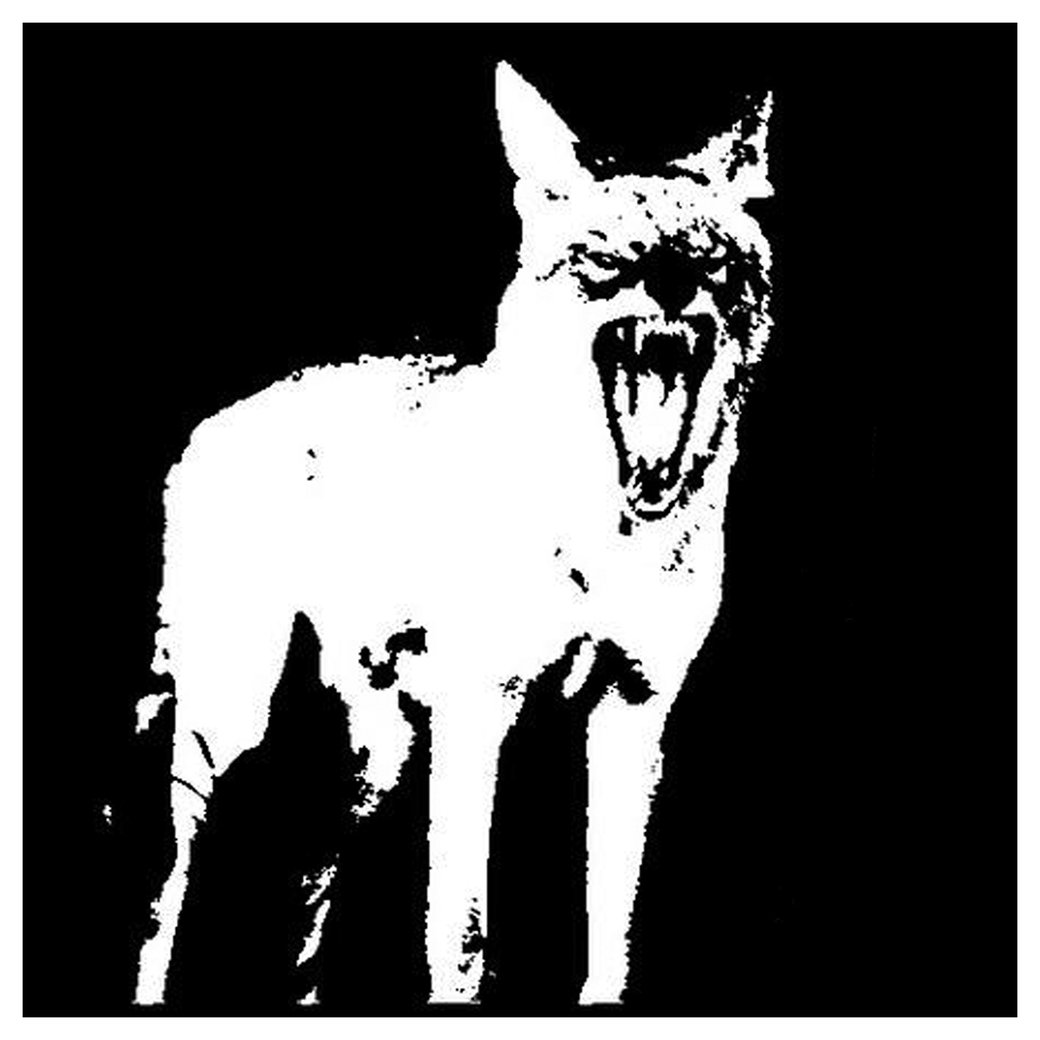 Chacon will kick off Radio Coyote on April 1 with a special live hour-long performance at 12 pm PST, which will be visible through the Wattis Institute’s windows (360 Kansas Street, San Francisco). Throughout Radio Coyote’s three-month run, Chacon will mount live improvisational performances at the Wattis Institute and throughout the Bay Area, and will share the entire catalog from his record label Sicksicksick Distro.

As part of his residency, Chacon—who is living, working, and producing radio content from San Francisco this spring—is also teaching a graduate Fine Arts course at the California College of the Arts this semester. His course, “Scores for Sound and Narrative,” focuses on the creation of graphic, text, and Western-notated scores that relay extra-musical narrative or calls-to-action.

Raven Chacon’s residency is curated by Anthony Huberman and organized by Diego Villalobos, and is generously supported by the Wattis Foundation.

This show will explore the world of Indigenous Metal through music, interviews, and pre-recorded performances by featured artists.

Original Score, an Indigenous perspective on music with Michael Begay
Navajo composer and Native American Composer Apprentice Project teaching artist Michael Begay talks with young people in Navajo and Hopi nation about their experience composing music and what it means to them. The show shares the positive music and stories of young people from one of the communities most hard-hit by COVID–19 and systemic inequities.

With “Broken Boxes,” Ginger Dunnill takes audiences on a trip through her lived experience of music, place, people, and time to the present moment. Using sound, her record collection, interviews, pre-produced audio content, and other aspects of her practice, Dunhill forms a guided tour of her relationship to place and community building as an artist, organizer, and audio-based storyteller. The series will feature new content and interviews with femme and Queer artists, as well as revisit artists that Dunnill has spoken to through her Broken Boxes podcast series.

Oh Really with A. Smiley

Oh Really is a curated weekly series by Smiley that features interviews with local Black/BIPOC artists in the Bay Area. Discussing a wide range of topics such as current events, the Bay Area art scene, politics, humor, faith, as well as featuring readings of new works by Smiley, Oh Really creates a sonic space that supports and celebrates Black/BIPOC artists in the San Francisco Bay Area.

Correspondences as Shelter with Mark Trecka

An exploration of sound and text, synchronicity and meaning. Popular and avant-garde music, archival recordings, field recordings, interviews, and original work are arranged impressionistically around a variety of discrete themes. The organizational principles of symmetry and synchronicity dictate the shape, while concerns over dignity, humanity, and acknowledgment will dictate themes. Curated texts and guest collaborators will be engaged in the radio website’s chat during the primary broadcast of each episode, providing an additional layer of potential meaning and synchronicity, as well as inviting listener collaboration and participation.

As time goes on, the program will gradually make more and more frequent reference to the broader Radio Coyote project, incorporating moments from other programs and using those as both source material to be processed and played back, and also as nodes in further pathways by which to engage symmetry and synchronicity. In this sense, the program will help to shape the greater project into a web of corresponding sounds and meaning.

Zachary James Watkins’s rich artistic practice explores resonance through solo or collaborative projects. His works attempt to manipulate experiences and immerse the senses bringing to the fore natural phenomenon. Watkins believes that sound can heal and that the conscious investigation of harmonic tunings, acoustic resonance as well as social relationships can yield powerful experiences. In A Watkins Retrospective, he takes us on an acoustic journey, spanning 40 years, that explores new harmonic territory, rich timbres, saturated environments, and more.

Michael Begay is a Diné composer of chamber music, experimental sound, Native American flute, and metal music. Not only is Begay an accomplished guitarist and bassist, but he also plays piano, and various instruments both Native American and orchestral. Michael is both a performer and educator; he has been a composition instructor in residency for the Grand Canyon Music Festival’s Native American Composers Apprentice Project (NACAP) for over eight years working alongside Raven Chacon, and just finished his second residency with the South Dakota Symphony Orchestra’s Composition Academy. Both programs help educate Native American high school students, in the art of music composition, followed by a world premiere of created works. Michael Begay’s musical style ranges between both dark, and light, he is both a seeker of tone and technique and is always exploring musical limits.

Ginger Dunnill is a multi-disciplinary artist, project producer, and community organizer who collaborates with artists and grassroots organizations globally to inspire human connection and intersectionality while activating restorative justice and practices of witnessing. Dunnill has organized numerous exhibitions, social engagement projects, and cultural programs around the world, supporting mindful direct actions and carving out brave spaces for narratives which center QTNB+BIPOC+Women and Femme communities and their voices, as told on their terms. Dunnill's production work has been awarded the Andy Warhol Foundation's Fulcrum Fund Honor (2017), and she holds a BFA in Theater Arts from San Francisco State University. Originally from ancestral lands of the Kanaka Maoli, Hana, Maui, Hawai'i, Dunnill now lives with her partner Cannupa Hanska Luger and their two children on Tewa/Towa ancestral lands of what is called New Mexico.

Ashley Smiley aka Smiley is a Black San Francisco native holding a B.A. in Performing Arts and Social Justice and an M.A. in Drama. Currently Smiley serves as the Theater Manager for the Bayview Opera House in San Francisco's African American Arts and Cultural District. Smiley is also a collaborator/playwright with the Campo Santo performance collective and the founder of TRPY Productions, a company dedicated to developing and supporting Black/BIPOC artists in the San Francisco Bay Area.

Mark Trecka is a Chicago-born writer, sound artist, performer, and activist. His work utilizes intermedial techniques, engaging various juxtapositions of text and sound to explore both explicit and implied meaning. Trecka’s writing has appeared in the Los Angeles Review of Books, The New Inquiry, Salon, Vice, and elsewhere. He has collaborated with musicians, artists, and performers Susan Alcorn, A-Y/dancers, Audra Wolowiec, Drekka, Midwife, and others. His second full-length solo recording, Acknowledgment, will be released in May 2021 on Whited Sepulchre Records. He’s released two other recordings: Everything Falling Crosses Over (2018) and In Ellipsis Landscapes (2019). He founded the band Pillars and Tongues in 2007 and toured and recorded with Dark Dark Dark from 2009 to 2014. Trecka is the co-founder and lead organizer of the Beacon Prison Books Project, a volunteer-run solidarity program that provides free books to incarcerated people throughout New York State, where Trecka currently resides.

Zachary James Watkins studied composition with Janice Giteck, Jarrad Powell, Robin Holcomb, and Jovino Santos Neto at Cornish College. In 2006, he received an MFA in Electronic Music and Recording Media from Mills College where he studied with Chris Brown, Fred Frith, Alvin Curran, and Pauline Oliveros. Watkins has received commissions from Cornish College of The Arts, the Microscores Project, the Beam Foundation, sfSound, the Living Earth Show, Kronos Quartet, and the Seattle Chamber Players among others. His 2006 composition Suite for String Quartet (2006) was awarded the Paul Merritt Henry Prize for Composition and has been performed at Mills College (Oakland), the Lab (San Francisco), Kule (Berlin), and Seattle Town Hall. Watkins has performed in numerous festivals across the United States, Mexico, and Europe, and has been an artist in residence at the Espy Foundation, Djerassi, and the Headlands Center for The Arts.

About the Capp Street Project

Founded in San Francisco in 1983 by Ann Hatch, Capp Street Project was the first visual arts residency in the United States dedicated solely to the creation and presentation of new art installations and gave more than 100 local, national, and international artists the opportunity to create new work through its residency and public exhibition programs. In 1998, Capp Street Project became part of the Wattis Institute, where it has evolved into a residency program. Every year, an artist spends three to four months in San Francisco meeting the local art community, working on new projects, and teaching at CCA. Without any fixed or predetermined outcome, each artist develops a relevant and appropriate way to share their work with an audience, which could involve producing an exhibition, presenting a performance, curating an exhibition, or publishing a piece of writing, among other forms. Recent Capp Street Artists-in-Residence have included Hồng-Ân Trương, Abbas Akhavan, contemptorary, Melanie Gilligan, Carissa Rodriguez, and Nairy Baghramian.

Founded in 1998 at California College of the Arts in San Francisco and located a few blocks from its campus, CCA Wattis Institute for Contemporary Arts is a nonprofit exhibition venue and research institute dedicated to contemporary art and ideas. As an exhibition space, it commissions and shows new work by emerging and established artists from around the world. Recent solo exhibitions include Lydia Ourahmane: صرخة شمسية Solar Cry; Cinthia Marcelle: A morta; Vincent Fecteau; Abbas Akhavan: cast for a folly; Akosua Adoma Owusu: Welcome to the Jungle (which traveled to the Contemporary Arts Center of New Orleans); Diamond Stingily: Doing the Best I Can; Rosha Yaghmai: Miraclegrow; and Adam Linder: Full Service (which traveled to Mudam Luxembourg). A recent group exhibition, Mechanisms, traveled to Secession in Vienna in an expanded form entitled Other Mechanisms.

As a research institute, the Wattis dedicates an entire year to reflect on the work of a single artist, which informs a regular series of public programs and publications involving the field’s most prominent artists and thinkers. The 2020–2021 season is dedicated to the poet and filmmaker Cecilia Vicuña; past seasons featured Joan Jonas, Andrea Fraser, David Hammons, Seth Price, Dodie Bellamy, and Trinh T. Minh-ha.