Ourahmane's ambitious sound installation will envelop visitors creating more of a physical experience than simply an auditory one. On view February 6–March 28, 2020. 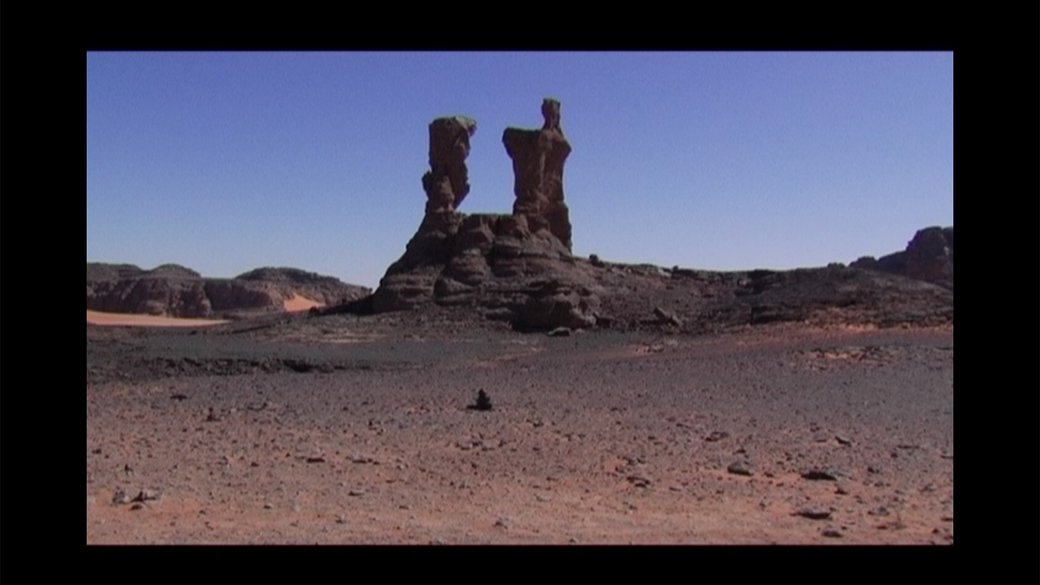 San Francisco, CA—CCA Wattis Institute for Contemporary Arts presents a new commission and the first solo exhibition in an American institution by Algerian artist Lydia Ourahmane, curated by Director and Chief Curator Anthony Huberman. Ourahmane’s multidisciplinary practice engages with the emotional, psychological, and political charge of material and place—often including sound, installation, sculpture, text, and performance. In the summer of 2019, this exhibition received The Ellsworth Kelly Award from the Foundation for Contemporary Arts (FCA), a $40,000 annual grant to support the production of new work.

Ourahmane’s recent work addresses themes of departure, displacement, and immigration. Born in Algeria, a country that was under the French colonial empire (1830–1962) and subsequently occupied by an authoritarian regime, she emphasizes the way social and political pressures are registered on the body and its subsequent loss of space.

For her exhibition at CCA Wattis Institute, Ourahmane explores the physical experience of negative space by creating acts of suspension and moments of release. The main gallery will feature two recordings of a female opera singer chanting two slightly different musical keys over an extended period of time, filling the space with monotonous sound. A series of speakers and microphones suspended from the ceiling will manipulate the live sonic registers and will demarcate a specific area in the room wherein the sound affects the body differently. Parallel to this, the artist will include an assemblage of sub-decibel recordings she took during a 300-kilometer walk through the stone city of Sefar, located on a desert plateau in the Sahara, bordering Libya. The site, known as the city of demons, once formed part of the ancient salt trade route and is often associated with spiritual awakenings. With these recordings, Ourahmane further distills the experience of silence as a mechanism to impose an environment of hypersensitivity.

Producing a constellation of works that question the insertion of negative space by way of sonic, visual, and physical cancellation, Ourahmane considers how the body might be able to reach its end—and beginning—through inaudibility, disappearance, and fugitive presence. In the context of the sacred, what is spoken is difficult to distinguish from what is heard. Since the sacred or the miraculous is impossible to be translated through language, the artist turns to the position of the witness and to repetition as a mode of haptic speech.

With صرخة شمسية Solar Cry, she choreographs and stages elements of chance encounters, constantly constructing, and breaking, states of fiction, and she invites visitors into “the potentiality of the miraculous,” placing them at the threshold of a mode of knowledge—should they choose to enter it.

Lydia Ourahmane was born in Algeria in 1992. After living in London for 17 years, Ourahmane returned to Algiers in 2018, where she currently lives and works. Ourahmane received her BFA from Goldsmiths, University of London in 2014. In her multidisciplinary practice, she explores themes of escape, departure, displacement, and immigration, often reflecting on the government restrictions and invisible barriers that regulate human movement.

Ourahmane has exhibited her work internationally in biennials and group exhibitions, including at Manifesta 12 (Palermo, Italy, 2018), Songs for Sabotage, the New Museum Triennial (New York, NY, 2018), and the 15th Istanbul Biennial (2017), among others. The CCA Wattis Institute's exhibition will be the first solo museum exhibition of her work in the United States.

Founded in 1998 at California College of the Arts in San Francisco and located a few blocks from its campus, CCA Wattis Institute for Contemporary Arts is a nonprofit exhibition venue and research institute dedicated to contemporary art and ideas. As an exhibition space, it commissions and shows new work by emerging and established artists from around the world. Recent solo exhibitions include Abbas Akhavan: cast for a folly; Akosua Adoma Owusu: Welcome to the Jungle (which traveled to the Contemporary Arts Center of New Orleans); Diamond Stingily: Doing the Best I Can; Rosha Yaghmai: Miraclegrow; Adam Linder: Full Service (which traveled to Mudam Luxembourg); Ken Lum: What’s Old is Old for a Dog; Henrik Olesen: The Walk; Melanie Gilligan: Partswholes; Howard Fried: Derelicts; Laura Owens: Ten Paintings; Jos de Gruyter & Harald Thys: Tram 3 (which traveled to MoMA PS1); Josephine Pryde: Lapses in Thinking by the Person I Am (which traveled to ICA Philadelphia and earned Pryde a 2016 Turner Prize nomination); K.r.m. Mooney: En, set; Sam Lewitt: More Heat Than Light (which traveled to Kunsthalle Basel and the Swiss Institute, New York); and Ellen Cantor: Cinderella Syndrome (which traveled to Künstlerhaus Stuttgart). A recent group exhibition, Mechanisms, traveled to Secession in Vienna in an expanded form entitled Other Mechanisms.

As a research institute, the Wattis dedicates an entire year to reflect on the work of a single artist, which informs a regular series of public programs and publications involving the field’s most prominent artists and thinkers. The 2019–2020 season is dedicated to the filmmaker Trinh T. Minh-ha; past seasons featured Joan Jonas, Andrea Fraser, David Hammons, Seth Price, and Dodie Bellamy.

CCA offers a rich curriculum of 22 undergraduate and 11 graduate programs in art, design, architecture, and writing taught by a faculty of expert practitioners. Attracting promising students from across the nation and around the world, CCA is one of the 10 most diverse colleges in the U.S.

Graduates are highly sought-after by companies such as Pixar/Disney, Apple, Intel, Facebook, Gensler, Google, IDEO, Autodesk, Mattel, and Nike, and many have launched their own successful businesses. Alumni and faculty are often recognized with the highest honors in their fields, including Academy Awards, AIGA Medals, Fulbright Scholarships, Guggenheim Fellowships, MacArthur Fellowships, National Medal of Arts, and the Rome Prize, among others.