A vibrant community celebration brought together civic leaders, CCA faculty, and students of all ages for the historic launch of CCA Buoyant Ecologies Float Lab. 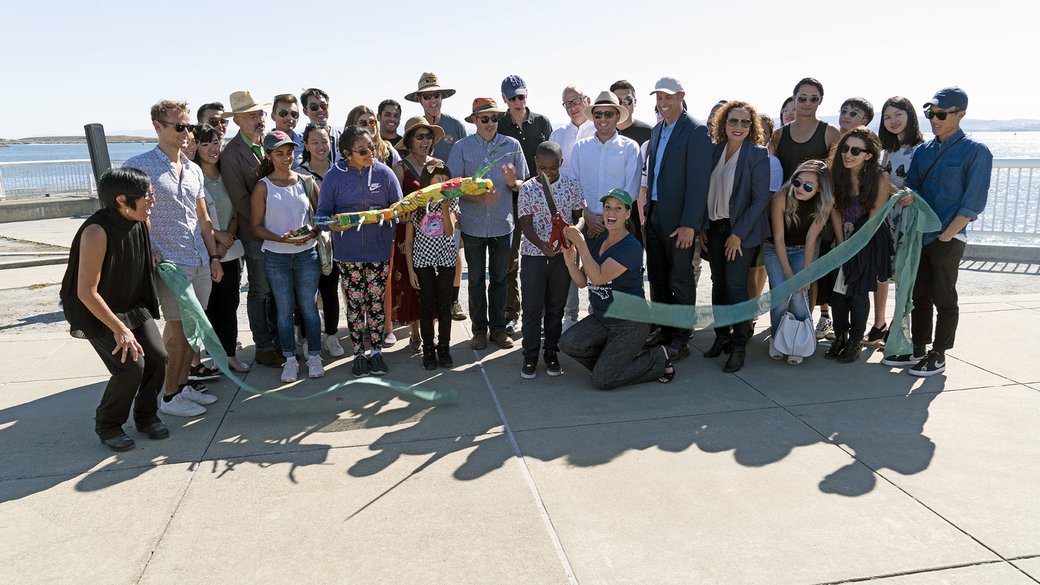 Oakland, CA—During a weekend of worldwide climate protests and California Coastal Cleanup Day, leaders from California College of the Arts (CCA), Oakland Mayor Libby Schaaf, Port of Oakland representatives, and community members gathered on Saturday, September 21, to commemorate the launch of CCA Buoyant Ecologies Float Lab into the Oakland Middle Harbor. This innovative floating research station offers a first-of-its-kind approach to addressing the effects of climate change to be deployed in the San Francisco Bay.

Led by CCA architecture faculty Adam Marcus, Margaret Ikeda, and Evan Jones, the Float Lab builds upon five years of applied research at CCA and merges art and design expertise, advanced digital fabrication manufacturers, and marine ecologists. It is engineered to serve as a breakwater to reduce coastal erosion and also be a habitat for marine life in order to increase marine biodiversity. The Float Lab will be used as an educational tool in fulfillment of Middle Harbor Shoreline Park’s mission to be a place for learning about local history, natural environment, maritime activities, and stewardship for the environment.

The Float Lab launch celebration kicked off with a jazzy, New Orleans–style ceremonial procession performed by the Edna Brewer Middle School Band. The band led over 100 guests down to Port View Park, where the festivities and remarks took place. In the crowd were City of Oakland and Port of Oakland leaders, fifth grade students from Prescott School in West Oakland, musicians from Edna Brewer Middle School in Oakland, multiple community members, and CCA leadership and faculty, as well as current and former CCA students involved with the development of the Float Lab. The celebratory procession lead guests to Port View Park, where the community picnic joyfully commenced with food, refreshments, DIY kites, and coloring book activities as they viewed the Float Lab doing its work in the bay. 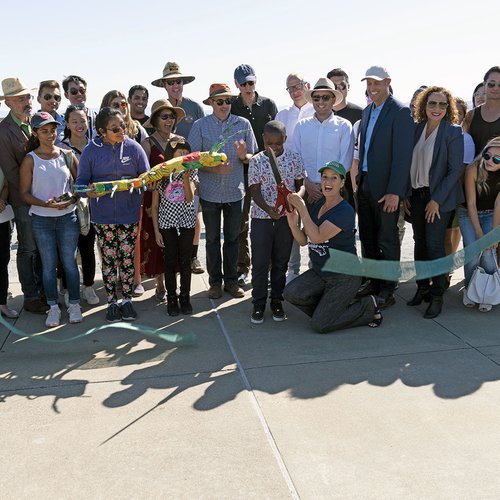 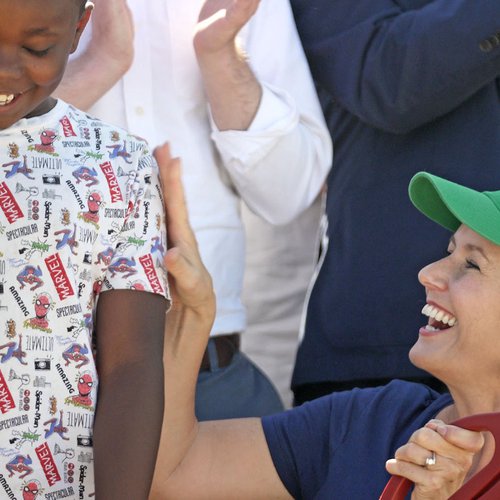 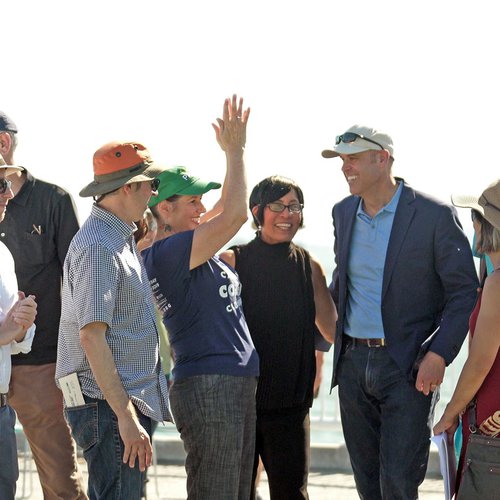 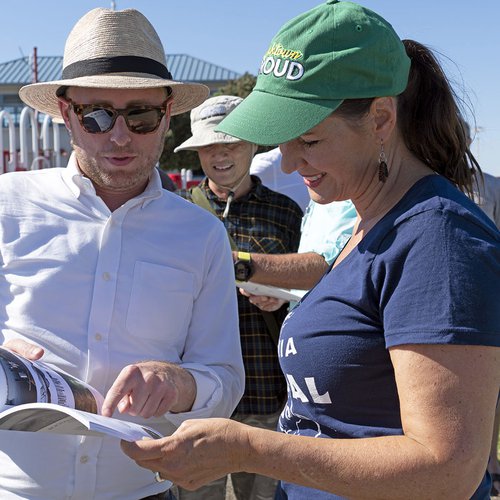 Oakland Mayor Libby Schaaf concluded the remarks. Wearing her California Coastal Cleanup T-shirt and green Oakland Proud ball cap, Mayor Schaaf delivered impassioned remarks about the importance of offering innovative solutions to climate change and expressed her commitment to environmental stewardship, especially for future generations. She then shared the ceremonial ribbon-cutting moment with one of the fifth grade students from Prescott School.

“What’s so exciting about these Float Labs is this is not just a scientific laboratory, this is a show of power from our students—our students at CCA, our students in the Oakland Unified School District—and just know that you have an entire community here in the city of Oakland cheering you on, telling you how important this work is, and telling you to use this information for good, for change.”

“The challenges around environmental issues are just enormous, and we’re so proud of the work that our faculty and students have done to begin to address this,” said CCA President Stephen Beal. “The founder of CCA, Frederick Meyer, believed that the best thing was to take young creative people and to connect them to the complexities of social, political, and economic life. And that’s been at the heart of CCA for 112 years. Never has that been more important than it is today.”