By the time Lily Williams (Animation 2014) reached high school, she already had a game plan.

One month after graduation, Sony invited her back, this time as a visual development artist. It wasn’t long before Williams’s years of hustling toward her dream began to pay off. While designing costumes, characters, layouts, and props for Sony franchises like The Smurfs and Surf’s Up, a short animation Williams had created for her thesis started to take off.

FINconceivable, a four-minute animation about the fragile ecosystem of the ocean and its dependency on sharks, began raking in film festival honors, awards, and online hype. The short was popping up everywhere from Greenpeace to Upworthy and quickly gaining traction.

“I planned for it to be something free and accessible so that it could help educate. At the time, the only research out there was scientific dissertations -- all very heavy factual information. I wanted something that all types of people could understand. It took a lot of fact checking,” says Williams.

“It was refreshing to see it do so well. Sometimes you post things online and they don’t hit the mark, but this took off and had its own life. It won an animation award at San Francisco International Ocean Film Festival, and it was in the Environmental Film Festival in the Nation’s Capital, and they played it in all the public libraries in Washington DC.

Spreading the message that art matters

Although her work has generally focused on ecological and social justice issues, Williams says that in today’s political climate, “making art that matters” has been on her mind more than ever.

“Right now, art is really important. It’s giving a voice to much of what people are thinking but can’t vocalize themselves. I gave the scientists who helped me permission to use FINconceivable, and I know they’ve used it to get legislation passed. That’s my favorite thing: that I’ve helped something important come to fruition from a political standpoint.”

With the success of FINconceivable came even more ways to help spread her message: Roaring Brook Press, an imprint of Macmillan Publishers, approached Williams with a multibook deal. The first of her nonfiction children’s books, If Sharks Disappeared, is about to hit store shelves.

“I have a few more books coming down the pipeline and I’m already beginning to write and illustrate those,” says Williams.

From Mattel to Lady Gaga to a weekly web comic

After two years at Sony Pictures Animation, Williams is now a full-time freelance artist. On top of her busy writing schedule, she recently collaborated with Mattel and Lady Gaga to help create costumes for a music video related to their wildly popular Monster High franchise.

“We decided we wanted to make the topic approachable in an anecdotal way -- we wanted to create a little world on the internet to share stories and hoped that maybe people would share their stories with us,” says Williams.

She and Schneemann are working on a graphic novel based on the comic, to be published in 2019.

“When I started majoring in animation, I wanted to work with someone and execute their goals and make their vision. I jokingly blame CCA for this, but I graduated not wanting that anymore. I truly wanted to make art that mattered and I think that’s where my head is at now.

“I want to work with other people and make them happy, but I also really want my work to make a difference in this world, so that’s what I’m trying to do.” 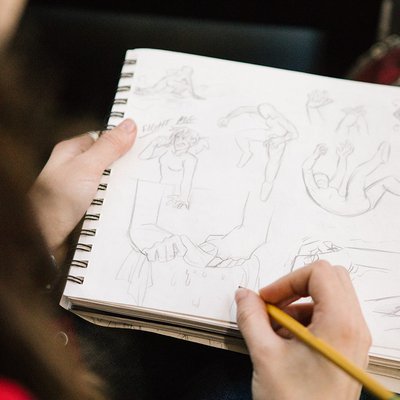 Explore animation jobs with the highest return on your tuition investment 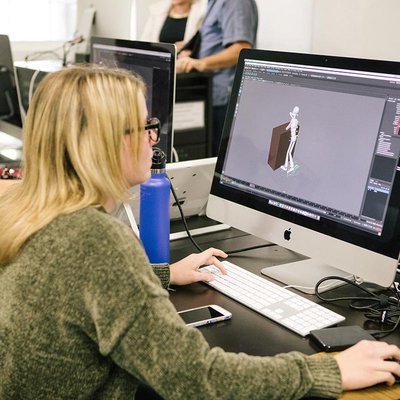 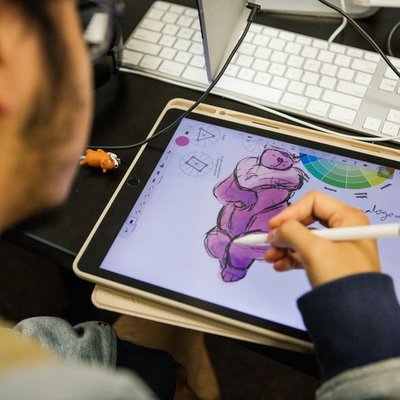