The Oakland Campus Legacy Committee is working to archive the campus’s rich history and bring its unique spirit to San Francisco.

In 1922, CCA (then the California Guild of Arts and Crafts) purchased the 4-acre James Treadwell estate at Broadway and College Avenue in Oakland. Once there, a group of students, alumni, faculty, and staff planted the seeds of CCA as we know it. More than 100 years later, the programs in Oakland will unify onto the San Francisco campus and, thanks to another group of students, faculty, alumni, and staff, the campus culture consecrated by nearly a century of artmaking and cultural transformation will grow to new heights. 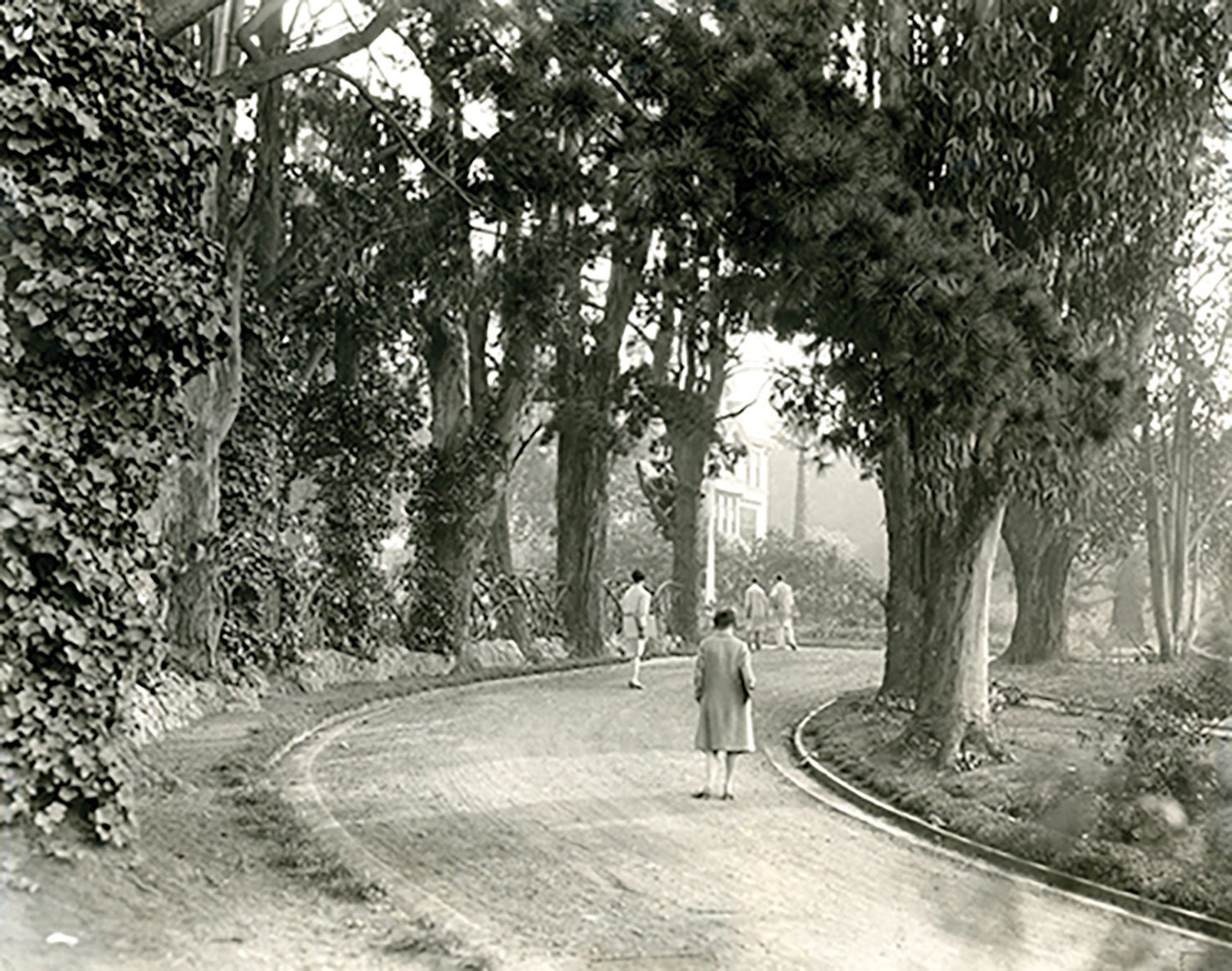 Helping in the 21st century transition is the Oakland Campus Legacy Committee (OCLC). This committee of faculty, staff, and alumni formed at the request of Provost Tammy Rae Carland and convened its first meeting in fall 2018. The OCLC’s mission is “to think through what’s unique about the Oakland campus, how to celebrate it, and how to bring it to San Francisco,” says Deborah Valoma (MFA 1995), professor of Textiles and graduate Fine Arts and OCLC chair.

Through the work of OCLC, the college is sensitive to its own history at this moment of transition and to the generations of individuals who have memories of the Oakland campus. The group’s work includes subcommittees that focus on different aspects of the move, including recording oral histories, photographing the campus, documenting artifacts and art objects, harvesting plants and seeds located on the campus grounds, and possibly compiling visual and written projects that highlight the campus’s history. The OCLC is also helping design celebratory final events and brainstorming how to ensure Oakland’s campus culture—something much less tangible to transport than artifacts or recorded histories—is present on the expanded campus.

“Our mission is to think through what’s unique about the Oakland campus, how to celebrate it, and how to bring it to San Francisco.”

Much of that cultural transition might happen organically, Valoma notes, thanks to the redesign of the San Francisco campus, which strategically places clusters of CCA’s varied disciplines near one another. As Textiles program faculty, Valoma especially sees the value of unification and the visibility it offers. “Textiles is not even located on the Oakland campus. We’re across the street, and there’s a sense of being far away and invisible,” she says. “It will be a boon for us to be in the center of the mix.”

Currently, CCA has entered the Oakland campus into an option agreement with Equity Community Builders (ECB) and Emerald Fund. The agreement allows ECB and Emerald Fund to acquire the property for redevelopment contingent on certain conditions and also allows CCA to work closely with the developers on plans for property reuse throughout the entitlement process, which is underway. The kinds of uses the developers hope to incorporate in repurposing the existing campus include publicly accessible community gathering spaces, affordable housing, office space for arts nonprofits, bike parking, and the preservation of the campus’s historic buildings and trees.

It was important for the college to work with the chosen developers to envision a future for the existing Oakland campus that benefits the surrounding community and honors CCA’s arts legacy. Environmental, social, and cultural responsibility have always been important to CCA, and on Oakland’s campus, these values were firmly rooted into the college’s identity. 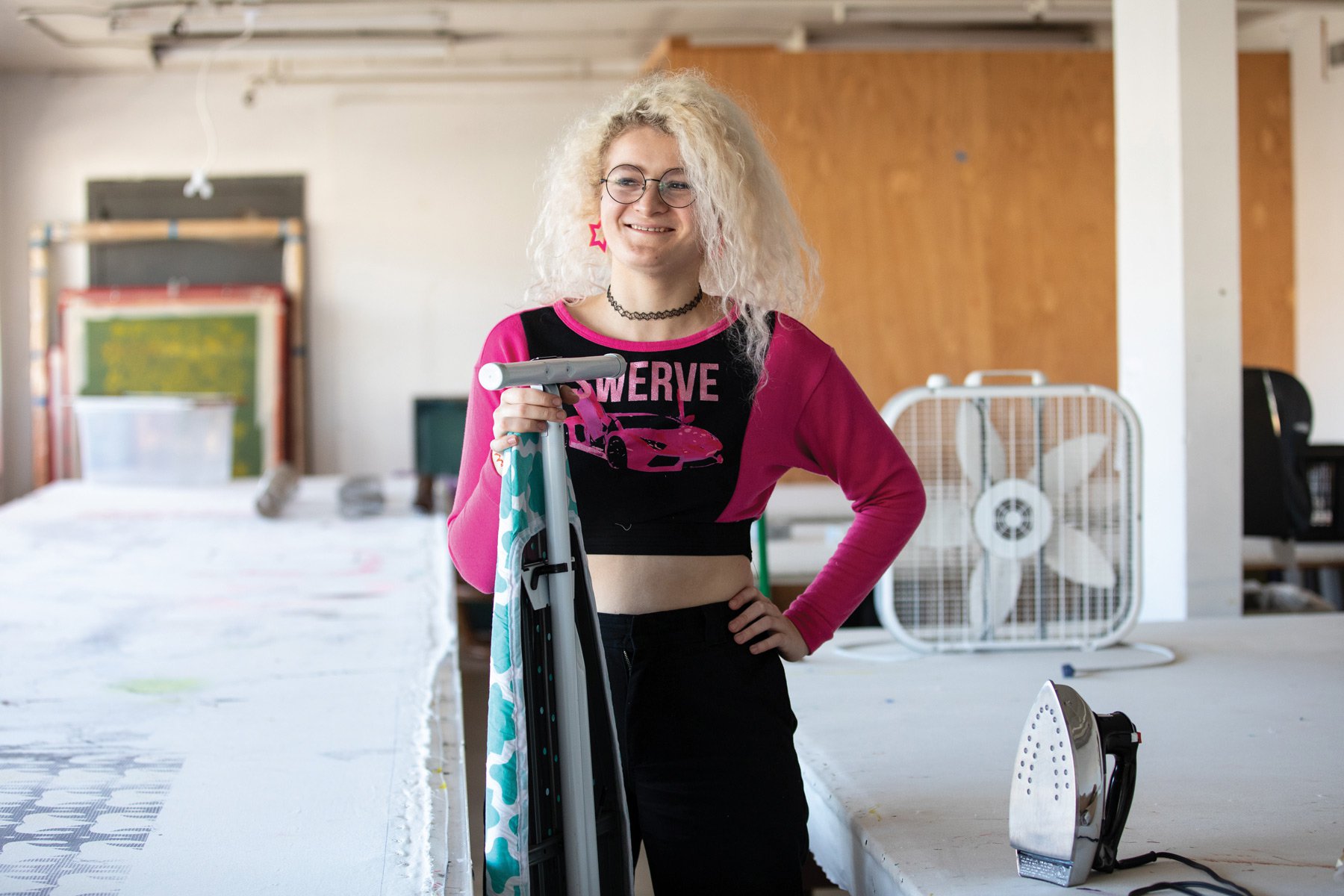 The OCLC wants to ensure that Oakland’s character has room to grow in the expanded San Francisco campus, where students studying textiles, like Anna Nunes (BFA Textiles 2020), can work more closely with students in related programs, like fashion design. Photo by Nicholas Lea Bruno/CCA.

When CCA purchased the Oakland campus in 1922, students, faculty, and founder Frederick H. Meyer participated in the landscaping and tree planting that gave Oakland its pastoral aesthetic—beloved and maintained by the generations that came after. Alum Michael Muscardini (Printmaking 1972) worked as a groundskeeper on the Oakland campus from 1972 to 1974, an experience that he calls “very instrumental” to his approach toward his future business, Muscardini Cellars in Sonoma Valley.

When several Eugenia trees on campus died during his tenure, Muscardini planted what eventually grew into two giant redwood trees to compensate for the lost greenery. He accepted an employee of the year award from the college in 1974 thanks to his work tending the campus grounds.

“I was standing in the back of the room [at the ceremony] with a shovel in my hand, dirt under my fingernails,” he recalls. “I’ve often used those trees as inspiration for other trees I’ve planted in my lifetime. I said, ‘I want to plant a tree like that on something that I own so my grandchildren can appreciate it.’”

Thanks to the conscientious efforts by the OCLC and the redevelopers, memories like Muscardini’s and Oakland’s one-of-a-kind legacy will live on.