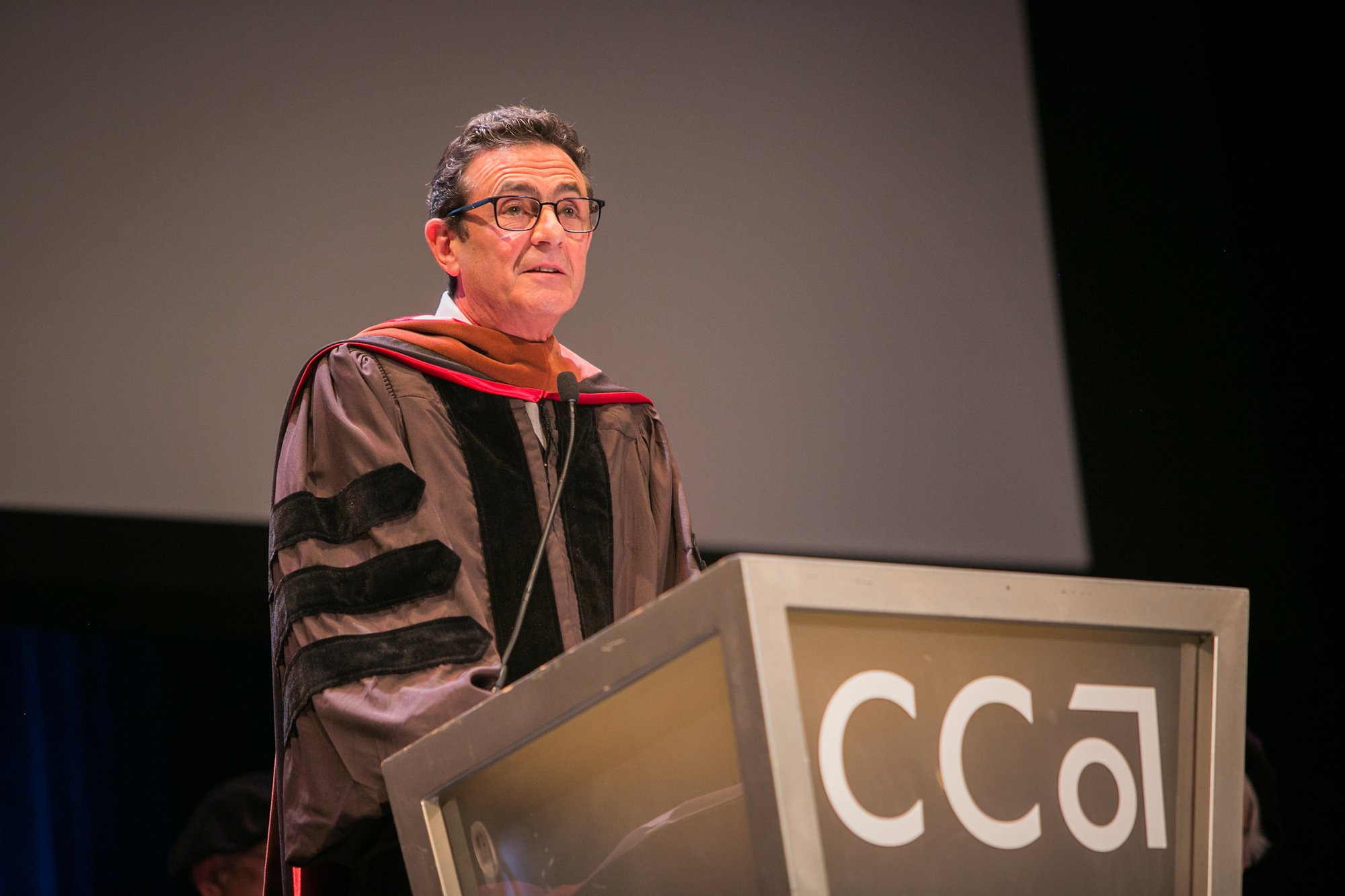 San Francisco, Calif., April 20, 2017 — Neal Benezra, the Helen and Charles Schwab Director of the San Francisco Museum of Modern Art (SFMOMA), will be recognized by California College of the Arts (CCA) with an honorary doctorate degree at its 110th commencement exercises at 2 p.m. on Saturday, May 13, at Nourse Theater in San Francisco.

Benezra will deliver the commencement address to more than 400 CCA undergraduates and their families. He will also be honored at a private reception the day before. Benezra has a personal connection to the college – his late father Morris Benezra received his degree from CCA (then California College of Arts and Crafts) in 1951 and taught art to many generations of students in the Richmond Unified School District.

A Bay Area native, Neal Benezra became director of SFMOMA in 2002. Under his leadership, the museum has enjoyed a period of unprecedented growth in its collections. Benezra has initiated pioneering partnerships with artists, collectors, and cultural institutions on the local, national, and international levels, and he has significantly increased and strengthened the museum’s staff.

Benezra spearheaded the project to transform SFMOMA through a physical expansion of the museum, designed by Snøhetta, and an extensive enhancement of SFMOMA’s programs, collections, and education services.

Benezra formerly served as deputy director and Frances and Thomas Dittmer Curator of Modern and Contemporary Art at the Art Institute of Chicago, a dual position he assumed in 2000. Previously, he spent eight years at the Hirshhorn Museum and Sculpture Garden of the Smithsonian Institution in Washington DC, where he was assistant director for art and public programs (1996–99) and chief curator (1991–96).

Graduate Commencement Exercises on May 13

Prior to the undergraduate ceremony, commencement exercises for students in CCA's graduate programs will be held at 10 a.m. on May 13 at Nourse Theater in San Francisco. CCA alumna Miwa Ikemiya will be the distinguished speaker.

Miwa Ikemiya (MFA Design 2012) is the Chief Design Officer at Townsquared, a Series B funded company aimed at creating online communities to help local businesses. Founded in 2013, the network started out in San Francisco and has launched communities in Oakland, Berkeley, New York City, Seattle, and Portland. As the first employee, Ikemiya worked with cofounders Rohit Prakash and Nipul Patel on the original research that led to the creation of Townsquared.

After graduating from CCA, Ikemiya worked at Microsoft Research. Since joining Townsquared she has maintained close connections with the CCA community and has consistently hired alumni to work with her on the design team.