Susan Worthman’s roots, leaves, and branches weave deeply across the 12-year history of the Design division’s leading-edge MBA in Design Strategy program. As Worthman transitions to a new role as associate professor in both the DMBA and MDes Interaction Design programs, it's worth pausing to honor her contributions in her intrepid role as associate chair. Her DNA will no doubt remain embedded in the fabric of this brave community.  She acknowledges that those who come to the DMBA to learn, teach, and guide innovation and change do so because they believe deeply that “business can and should be done differently” and that design offers a rather unique value proposition in that regard. Along with Associate Professor Nathan Shedroff, who founded the program in 2008, Worthman helped plant and cultivate those early seeds.

These days Worthman is waxing and waning through the music of Miles Davis and Bach’s Goldberg Variations to soothe the grief and loss of what she says was “an incredibly hard year.” As the world attempted to reconcile the onset of a global pandemic, Worthman also found the frenzy of “striving to keep it all together” a bit exhausting. What emerged instead was a sense of “holding the center,” of giving way to the wisdom of the universe. In the face of it all, she opted to slow down to a halting stop, to stay in one place, and to concede to “what was joyful and alive” in the present moment. Her ensuing words encapsulate an offering for us all as we continue to grapple with the volatility, complexity, uncertainty, and ambiguity of these times: “You don’t have to break into a million pieces because the world feels like it's breaking into a million pieces at the center. You hold the center,” she says, adding that it is from this place that we find “the heart to play with the rocks and clay, to sculpt, and to make a mean mosaic.” 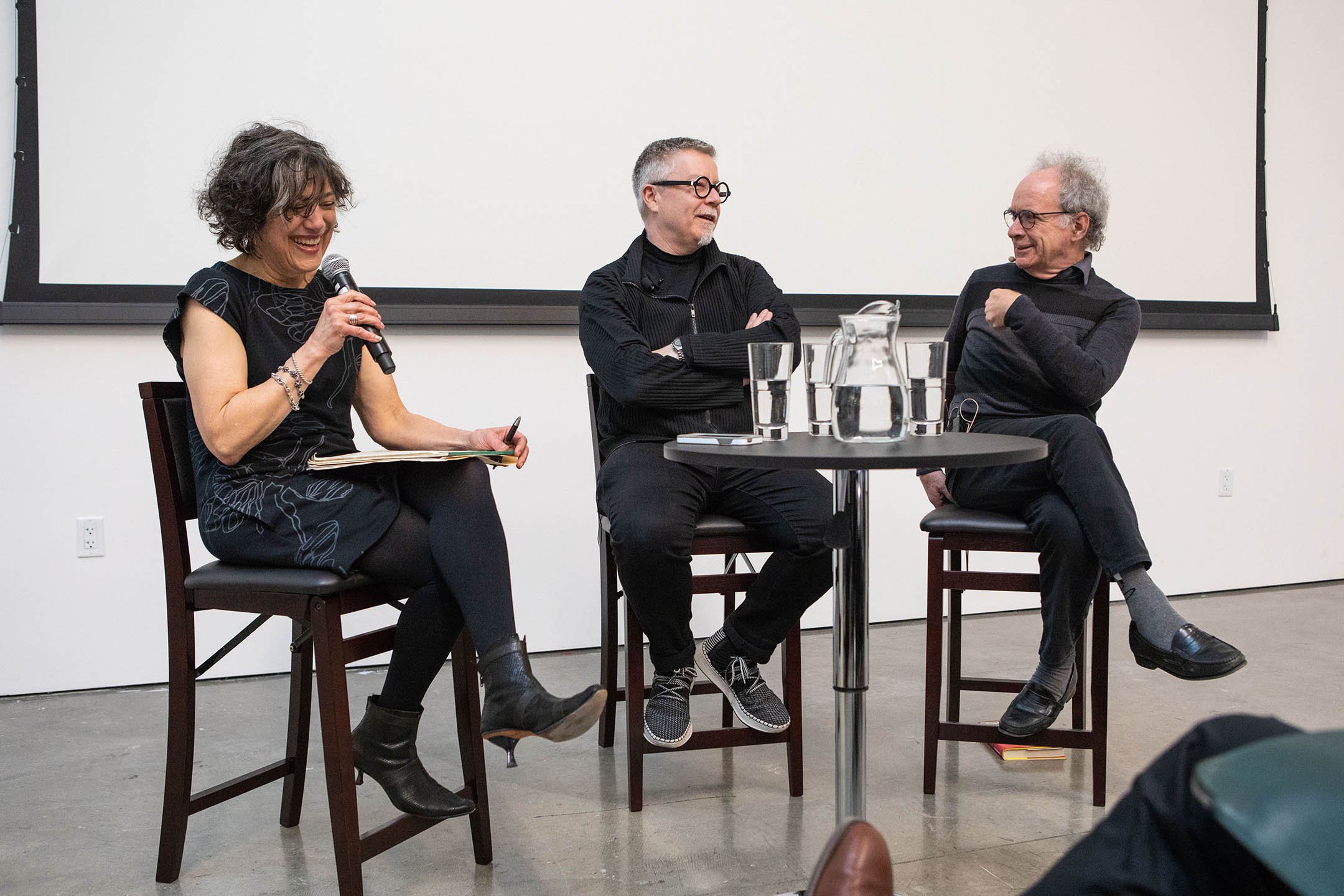 How to be a maverick

Worthman has been holding the center for quite some time and her tentacles across the DMBA are far reaching. She recalls meeting Shedroff “about a month before he welcomed the first cohort.” He had just given a talk on what Worthman described as the “convergence of business, sustainability, and design.” For his part, Shedroff shared that, early on, the DMBA was intent on “rethinking what business could be in the 21st century.” While Shedroff describes the creation of the DMBA as a “series of accidents,” one can certainly imagine the depth of foresight required to envision, pitch, launch, and run such an enduring program within the confines of a school of art and design. Worthman had been “electrified” enough by Shedroff’s talk and vision to start a conversation with him; and it wasn’t just any conversation.

That conversation led to an invitation to join the DMBA and to the beginning of what would later be called the Leading by Design Fellows Program, an executive program that Worthman co-founded with DMBA faculty member Elizabeth Glenewinkel to introduce decision makers to this new way of thinking and working with design. While the DMBA was preparing to catapult “the next generation” out into the world, Worthman had the fortitude to wonder about the roadblocks that they would inevitably face in trying to bring human-centered design strategy into environments that simply weren’t prepared to receive them. This is how Sara Fenske Bahat, the new DMBA chair, met Worthman. Fenske Bahat was a member of the first cohort of these fellows. Worthman had wanted to call them “The Mavericks.” Though that name didn’t stick, and the program itself was eventually sunsetted after a successful five-year run, the legacy of its original intent hasn’t wavered. 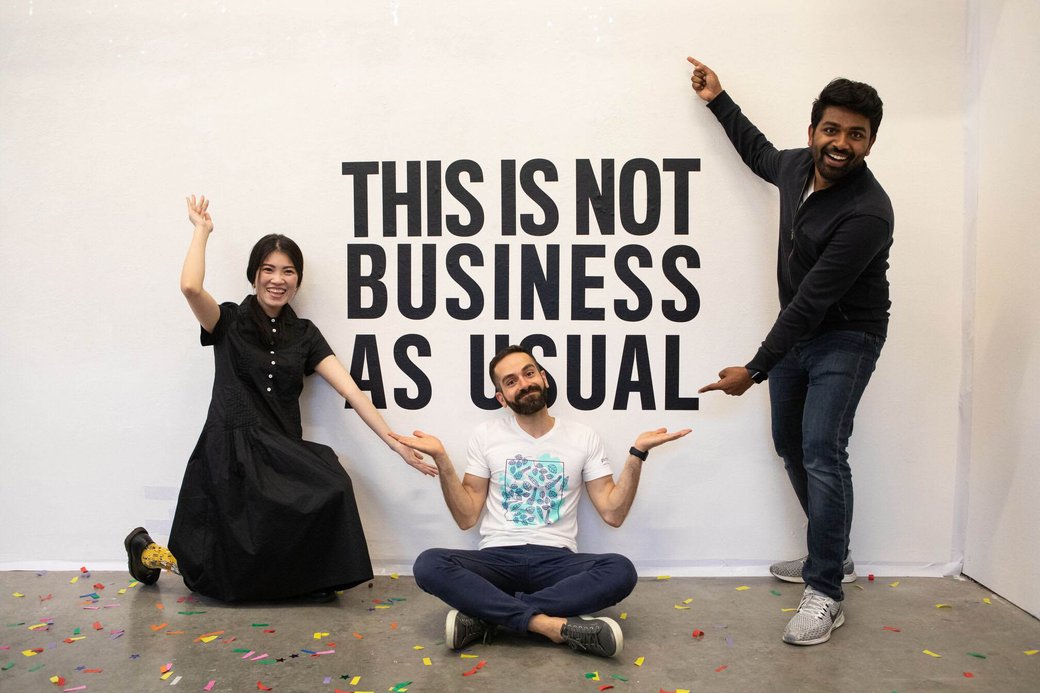 How to curate a dinner party

So what makes the DMBA thrive? Worthman wholeheartedly believes that it’s the community. She likens her role throughout the years to that of “putting together a fabulous dinner party,” replete with the task of recruiting students and faculty and saying “yes, you’re one of us,” “you should know this person over here,” “go talk to that person over there,” and then nurturing that, sitting back, and watching these new relationships flourish during—and well after—the program. Alum Justin Lokitz (MBA Design Strategy 2014), who now teaches in the DMBA, recalls that Worthman was “really good at helping people come together and find themselves in this strange program that didn’t have a deep alumni network ... but built that from scratch, from the inside out.” Lokitz also credits the program for the depth of practice it provides to students. His teaching philosophy is “learn by doing.” That was essentially what drew him to CCA’s DMBA in the first place—the opportunity to practice with real clients.

Worthman also counts these experiences as some of the highlights of her time in the role as associate chair. She too remembers the exuberance of these learning journeys and sponsored studios where companies, associations, and international organizations would come in and “mix it up” with students, participate in design sprints, and talk about innovation. She remembers with great pride how impressed these organizations were by the ideas that came from DMBA students. Worthman notes that the DMBA is a program for “natural born innovators” and recalls that Shedroff used to joke that “the DMBA is for people who didn’t know that they wanted an MBA.” Worthman also recognizes that alumni can be found working in almost every corner of business and society, including startup and established companies in tech, financial services, government, education, healthcare, venture capital, artificial intelligence, and consultancies—essentially most any sector where design, strategy, and foresight propel and accelerate new ways of doing business “for better.”

Lessons in gravity, expansionism, and limitations

This all bodes well for the continued growth and evolution of the MBA in Design Strategy. Worthman, who also teaches in the program—and across CCA—is currently in conversation with Fenske Bahat, the current chair, to rethink leadership within the context of the program. As a former fellow of the Leading by Design executive program, Fenske Bahat says that Worthman was integral to the development of her language for improvement. As such, she sees “transformational leadership” as a core aspirational value of the DMBA. Looking ahead, she is keen on identifying potential candidates who “feel like they can be brave enough to find their voice.” After all, she says, “We’re pretty good at what we do and we have a lot of interesting people, but we have to do more show and tell.” For her part, Fenske Bahat is excited to continue working toward honoring and amplifying the work of the DMBA. 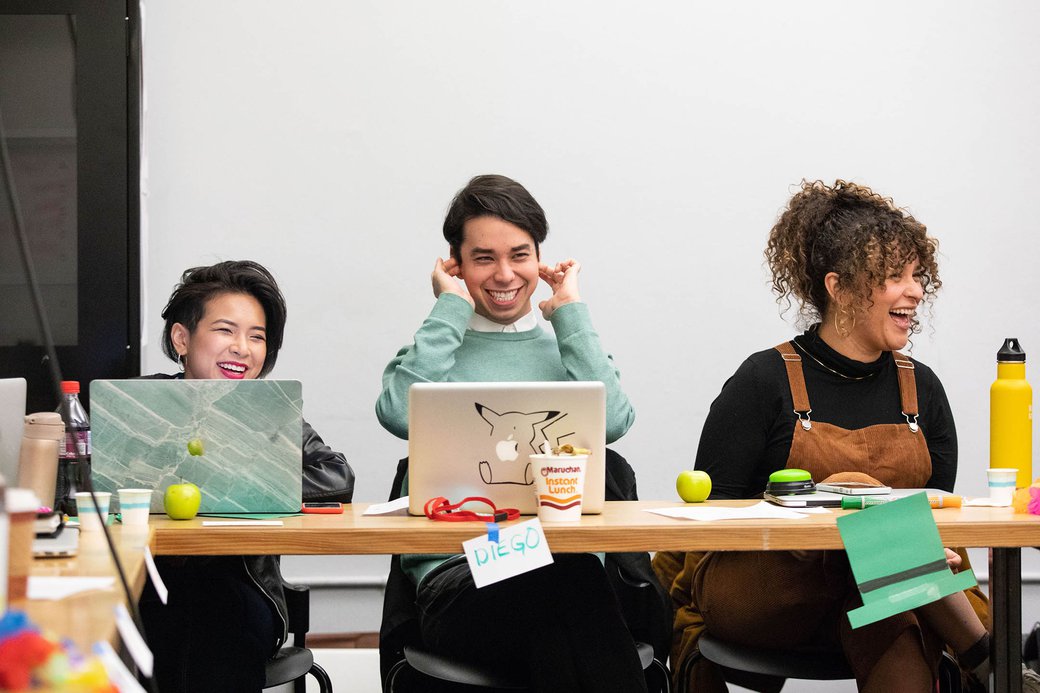 Students in a DMBA class in spring 2019.

In sharing some words of wisdom for future cohorts of the DMBA, Worthman advises that they “make time for reflection” and focus on the interplay between going slow and going fast. She emphasizes the need to “make room for not knowing” and to “spend more time discovering.” “The universe is always expanding,” she says, and while we might want to “defy the limitations of gravity,” it is important that we remain with what is “real and present” and to always consider “best possibilities before best practices.” Worthman leaves us all with this final provocation: “How might you reframe the limitations that you perceive?” Ultimately, once we are able to perceive them, we can overcome them.