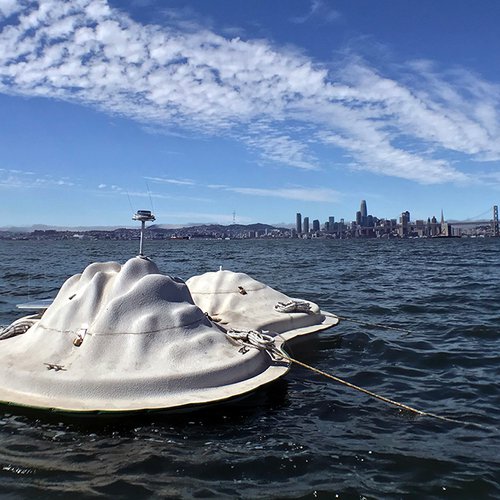 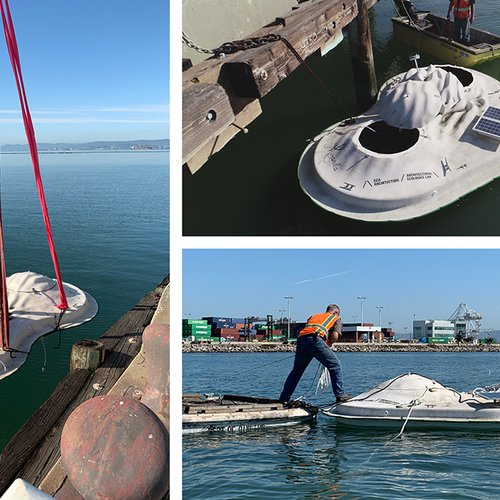 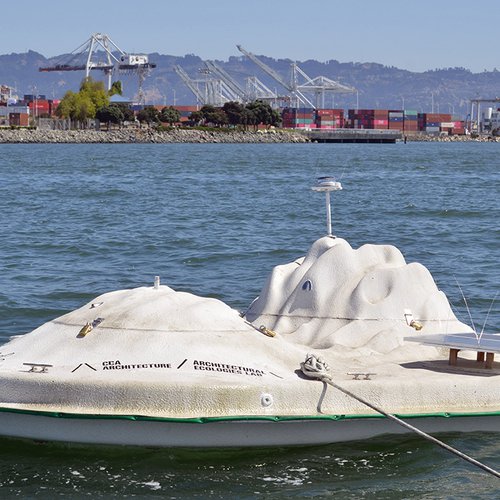 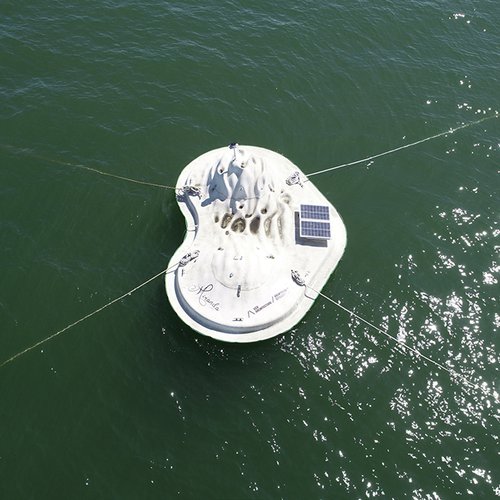 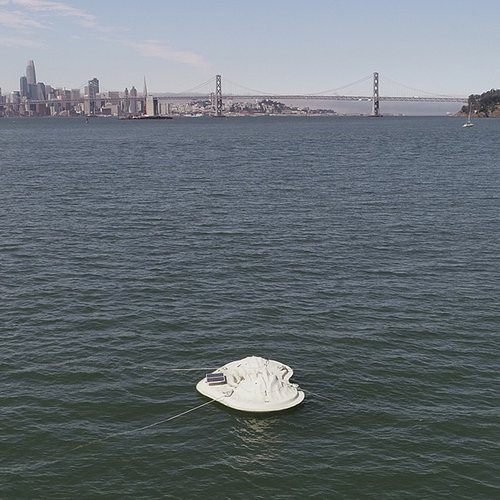 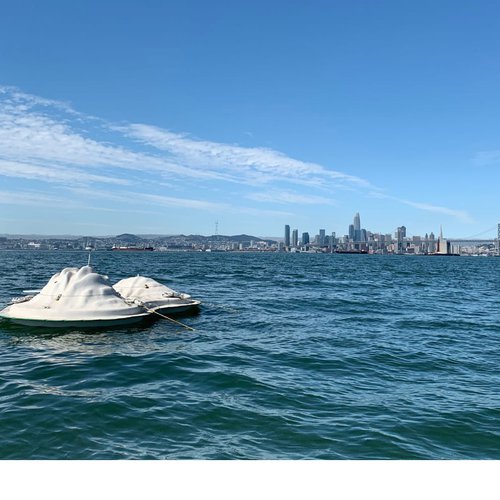 The Float Lab integrates an innovative, ecologically optimized fiber-reinforced polymer composite hull with variable topographies that perform both above and below the water. On the top, the topography is engineered to channel rainwater and produce watershed pools for intertidal or terrestrial habitats. Underwater, the hull’s peaks and valleys vary in size to provide habitats for different types of invertebrates. Water flowing along this underwater landscape brings plankton and other nutrients into these “fish apartments,” helping to promote ecological diversity. In large masses, this biological growth can help attenuate wave action and reduce coastal erosion, one of the primary impacts of climate change and sea level rise. Throughout its deployment, attachment fittings on the underside will suspend ecological habitat prototypes to further develop the wave attenuation potential of the optimized substrates.

The Float Lab is moored in the Port of Oakland’s Middle Harbor Shoreline Park, where it serves as a floating research station and an environmental demonstration project that interfaces with public education and community engagement efforts sponsored by the Port of the Oakland. It is the first prototype of its kind to receive state and federal approval by regulators at the San Francisco Bay Conservation and Development Commission and the United States Army Corps of Engineers.

Project sponsors include the Port of Oakland, which owns Middle Harbor Shoreline Park and whose engineering team supervised the launch; the Center for Impact at California College of the Arts; Ashland Reactive Polymers; and Miranda Leonard.

The project team will mark the launch of the Float Lab with a public event on site at Middle Harbor Shoreline Parkon Saturday, September 21, which will feature food, music, children’s activities, and remarks by distinguished guests, including Oakland Mayor Libby Schaaf. This event is free and open to the public. Free registration via Eventbrite here.