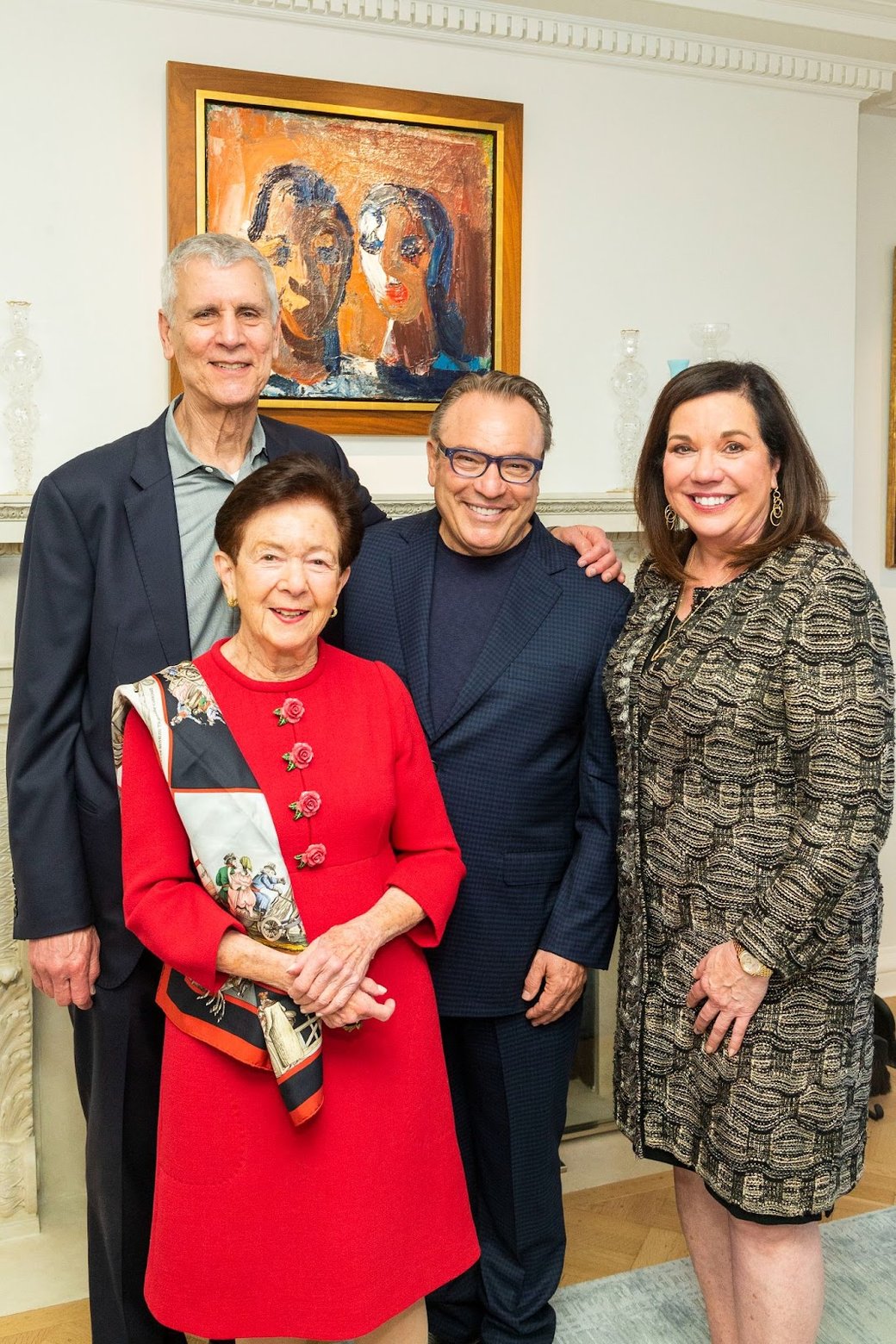 Helmed by co-chairs and CCA trustees Stanlee Gatti and Kimberlee Swig, the evening highlighted Swig’s long and generous commitment to CCA and institutions across the Bay Area. Remarks by CCA President Stephen Beal underscored Swig's impact locally, nationally, and around the world.

“Cissie has been an advocate of the arts for decades, and her tireless efforts to support art and artists has had an outsized impact on our community,” said Stephen Beal. “There are few San Franciscans more dedicated to investing in and realizing a better future for the Bay Area than Cissie.”

Keynote remarks were delivered by Chuck Collins, president emeritus of YMCA San Francisco, who spoke about his warm friendship with Swig and their decades of partnership working on initiatives to improve neighborhoods in San Francisco. Swig, who attended the event by Zoom, then expressed her gratitude to the crowd and shared eloquent remarks about her lifelong commitment to supporting artists.

Two of every three CCA students receive scholarship support of some kind. The college firmly believes that an excellent art and design education is only made possible with the inclusion of diverse persons and perspectives on campus and that financial barriers should never prevent any talented, committed student from enrolling at CCA.

To achieve this goal, CCA dedicates significant institutional resources to need-based aid, with the scholarship fund being its highest fundraising priority.

Roselyne C. Swig is founder and president of ComCon International and founder of Roselyne C. Swig Artsource (1978-94). She was appointed Director of the U.S. Department of State Art in Embassies Program by President William J. Clinton (1994-97) and has devoted decades to philanthropic and community service efforts at the local, national, and global level, with focus on women’s empowerment, social welfare, fine art, political advocacy, and education.

CCA offers a rich curriculum of 22 undergraduate and 11 graduate programs in art, design, architecture, and writing taught by a faculty of expert practitioners. Attracting promising students from across the nation and around the world, CCA is among the 25 most diverse colleges in the U.S. Last year, U.S. News & World Report ranked CCA as one of the top 10 graduate schools for fine arts in the country.

Graduates are highly sought after by companies such as Pixar/Disney, Apple, Intel, Facebook, Gensler, Google, IDEO, Autodesk, Mattel, and Nike, and many have launched their own successful businesses. Alumni and faculty are often recognized with the highest honors in their fields, including Academy Awards, AIGA Medals, Fulbright Scholarships, Guggenheim Fellowships, MacArthur Fellowships, National Medal of Arts, and the Rome Prize, among others.