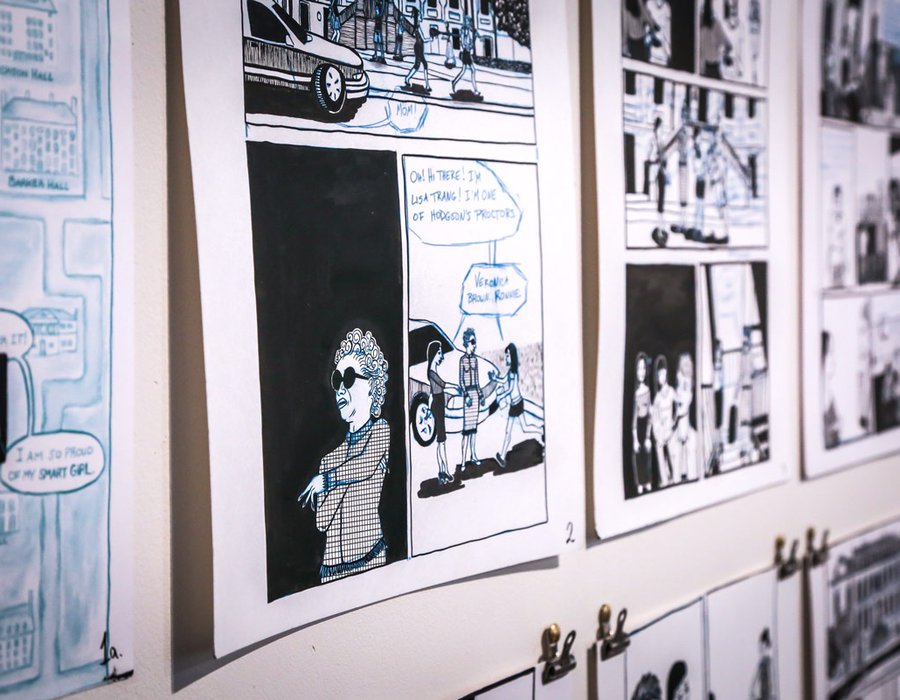 Turn your passion for storytelling and the comics medium into a lifelong career.

Time and space for your creative voice

CCA’s graduate comics program trains students in the creation of comics, graphic novels, and other similar forms of visual storytelling. Students come together to support and challenge each other’s craft, all while studying a wide variety of subjects, such as script writing, page layouts, comics history, and publishing strategies. Our low-residency structure gives you the freedom to build your creative practice from anywhere, while keeping you on track with project deadlines and individualized goals.

The curriculum embraces your authentic path as an artist and encourages the development of your individual style. You’ll also benefit from peers and faculty who approach comics from different perspectives. Collaboration and interdisciplinary exploration will help you discover what makes a great story work. 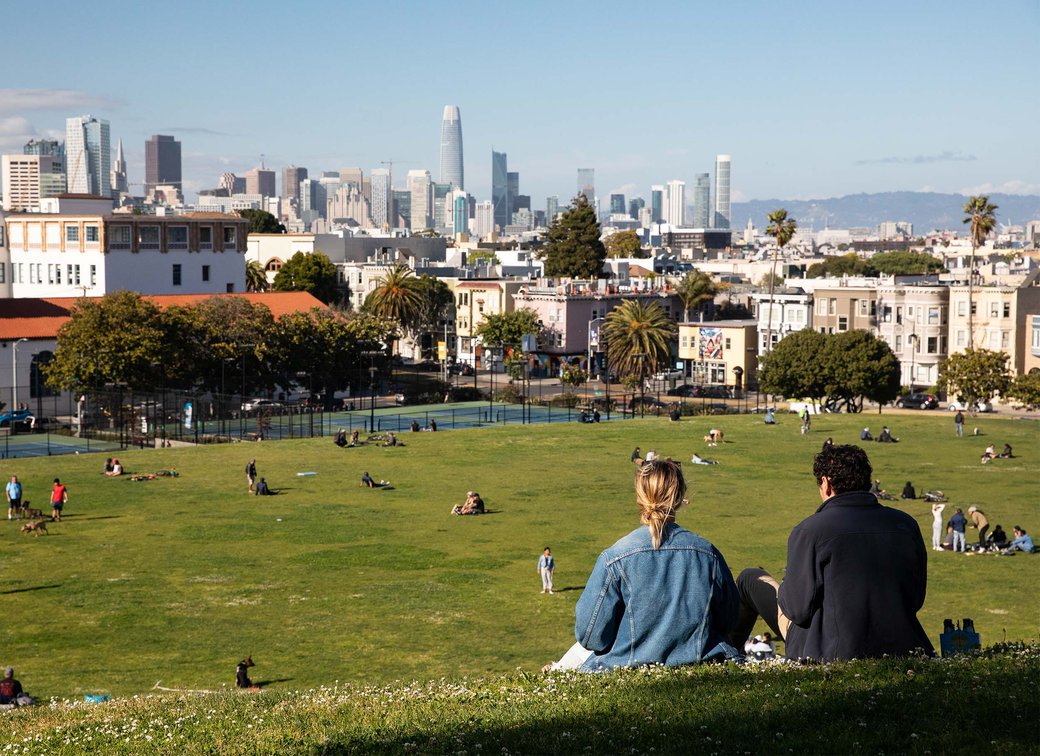 Study and live in the Bay Area year-round

All domestic MFA in Comics students are eligible to apply for graduate housing on our San Francisco campus for the duration of their studies. Comics students who enroll in an additional 3 units (for a total of 9 units) in the fall and spring semesters of each year are considered full-time and are automatically enrolled in the college’s health insurance plan. By enrolling in 9 units, our international students can also stay in San Francisco year-round while maintaining a valid F1 visa status. 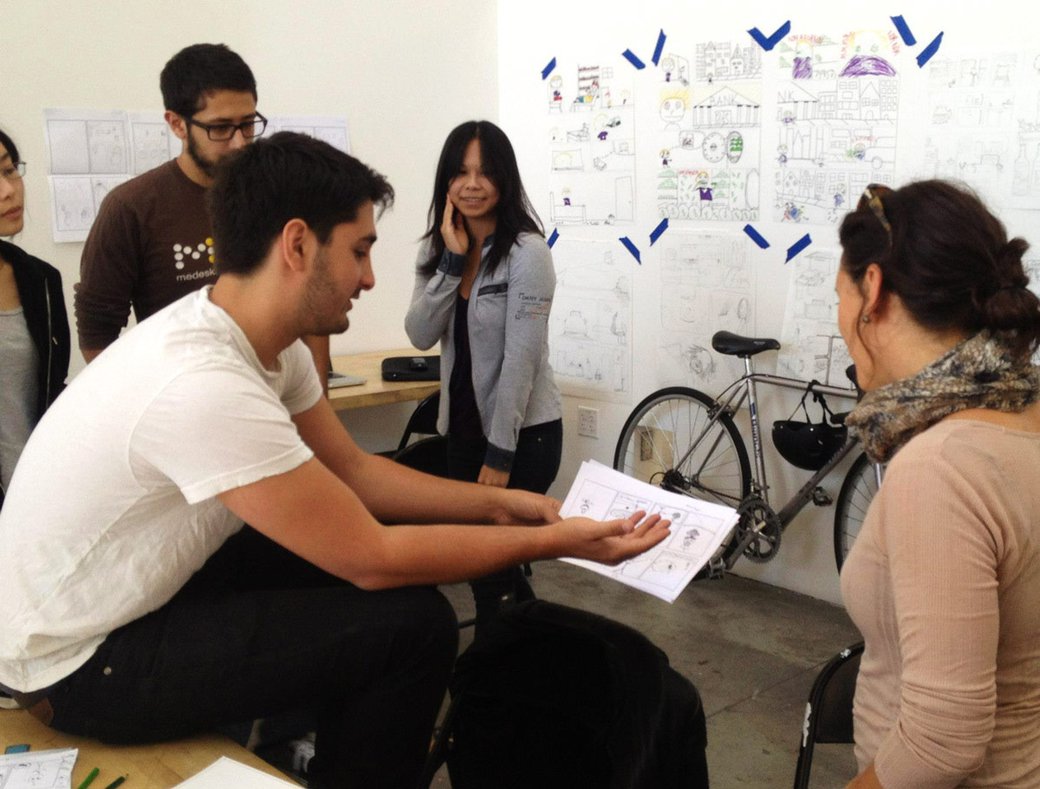 Our program focuses on three aspects of the creative process: the history and culture of the medium, the craft of making comics, and the critical analysis of our work. Whether we’re creating literary graphic novels or web-based comics, process is as important as the final product. You’ll work with faculty mentors, from start to finish, as you capitalize on your individual strengths and build toward a long-form comics project for graduation.

View our anthology of work 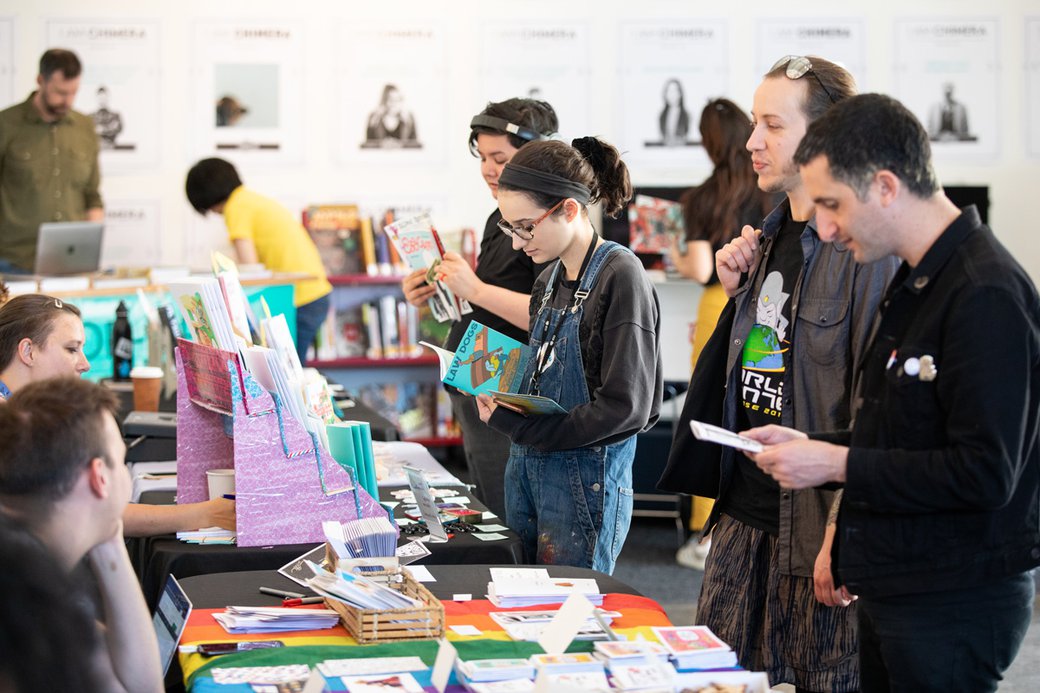 Connecting with a global audience

In addition to supporting your creative process, we also help you connect with an ever-growing audience for new comics. We take a deep dive into digital comics, connect with agents and editors, study comics pedagogy, and look at various crowdsourcing platforms like Kickstarter and Patreon.

During the third and final summer session in San Francisco, you’ll explore digital distribution channels, as well as self-publishing strategies, with the goal of sharing your original art with a global audience. We travel to comics conventions around the U.S., giving you the opportunity to interact face-to-face with comics fans and industry professionals. We also bring accomplished creators to campus during the summer intensives with our renowned Comics in the City speaker series.

Recent Comics in the City speakers 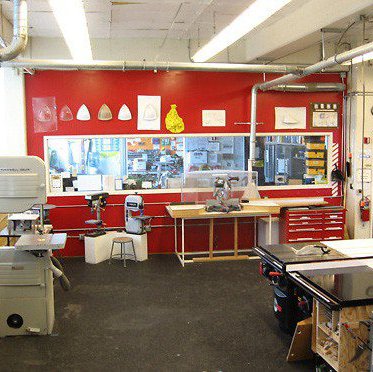 Give your ideas 3D form (foam, plastic, and wood) in the Model Shop 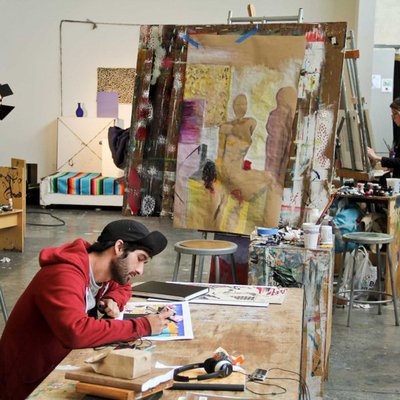 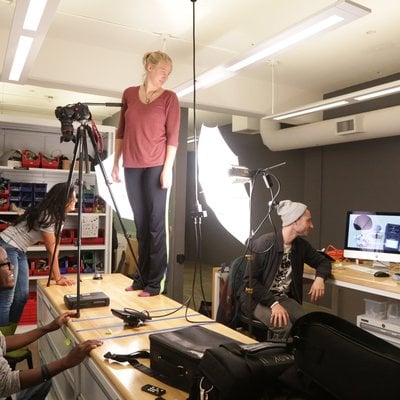 Check out DSLRs, lighting kits, audio equipment, and more from the Media Center

Take a tour of our MFA Comics Studios

Our faculty are practicing cartoonists who are dedicated to eliminating any barriers between you and your dream projects. Imagine working with a critically acclaimed graphic novelist, or an Eisner-nominated writer. Our all-star faculty serve as your professional guides in everything from comics theory to publication design.

You’ll also study with faculty from related programs, such as Illustration and Writing and Literature, to help you discover new ways to bring your story to life on the page or screen. 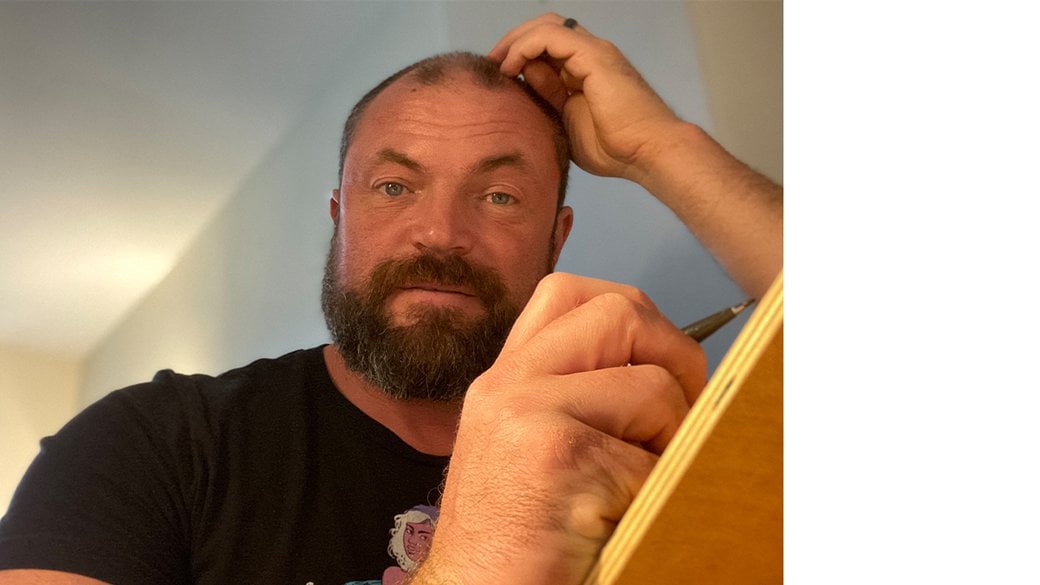 Chair Justin Hall's comics range from memoir to erotica to horror and are inspired by history, community, and personal storytelling. His comics have appeared in publications, museums, and galleries around the world, including the Houghton Mifflin Best American Comics anthology, the Cartoon Art Museum in San Francisco, and the Schwules Museum in Berlin. He created the Lambda Literary Award–winning and Eisner-nominated anthology No Straight Lines: Four Decades of Queer Comics, which he then produced as a film that won the Documentary Feature Grand Jury Prize at the Outfest Film Festival. Hall is the first Fulbright Scholar of Comics, curating international shows of comics art and teaching in several countries. He was co-organizer of the Queers & Comics Conference and has written scholarly works for the Cambridge History of the Graphic Novel and the Routledge Companion to Comics, among others.

A compulsive traveler, Hall has spent a good deal of time hauling his backpack around the globe, visiting over 75 countries and finding comics in all of them. He lives in San Francisco with his husband and their pet python. View more of his work at justinhallawesomecomics.com. 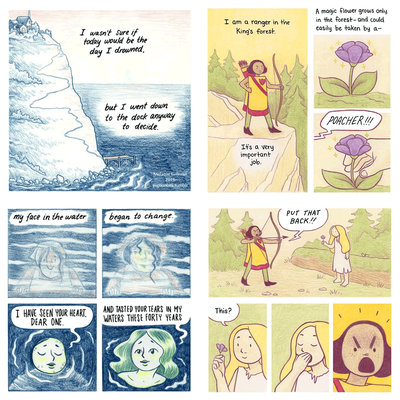 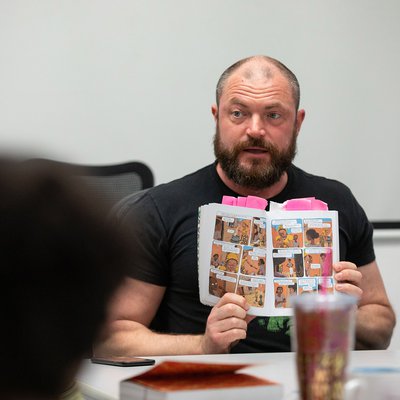 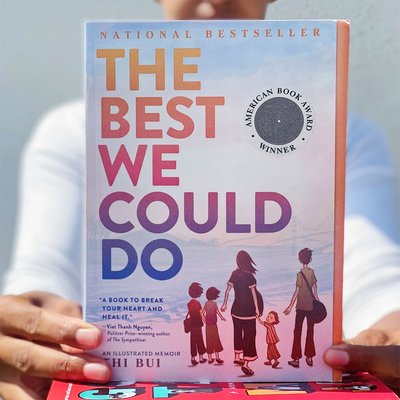 Students spend five weeks in San Francisco each summer for three consecutive years, collaborating with peers and taking advantage of our many spaces for artmaking on campus. In between these intensive summer sessions, students complete thesis projects and coursework either on campus or at a distance, working one-on-one with faculty and taking part in online group critiques with the entire cohort. View sample courses.

Our graduate cartoonists emerge from the program with a toolbox of practical techniques and a strong sense of artistic identity. Their exposure to interdisciplinary work and knowledge of grassroots self-publishing helps them hit the ground running. From graphic memoir to genre fiction and comics journalism, our alumni approach creative opportunities with a passion for powerful storytelling.

What’s happening in our community?

Hear from comics’ most celebrated creators

Our guest speaker series focuses on various aspects of the medium, including independent publishing, the craft of writing, and the future of digital comics.
View upcoming events 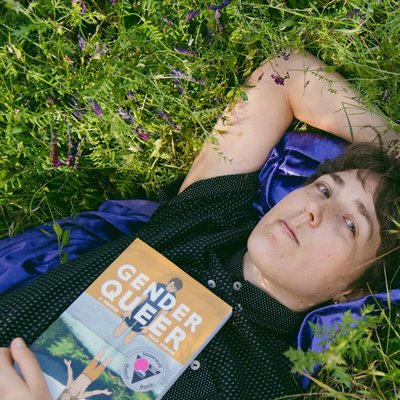 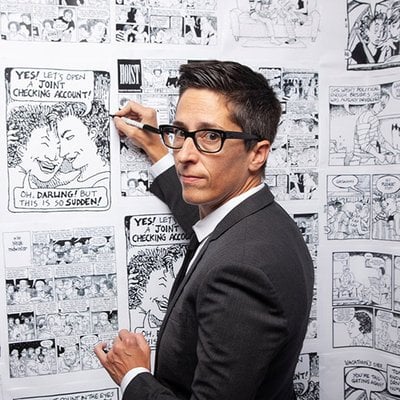 "No Straight Lines" hopes to give queer youth a role model 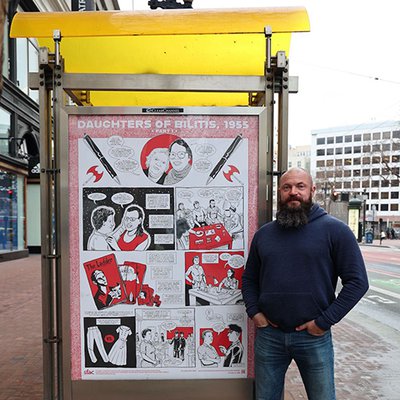 Our two-year, low-residency program welcomes students of all ages and backgrounds. While some of our students have undergraduate degrees in fine arts, design, or writing, just as many have experience in completely different fields, from computer science to law. Overall, admission to our program is based on the strength of your portfolio and transcripts.

You’ll apply to CCA and submit all required application materials via SlideRoom. Afterward, you may be contacted for an interview with a faculty member as part of the application process. Being selected for an interview doesn’t indicate applicant status or increase or decrease an applicant’s chances of being admitted into their desired graduate program. Interviews are conducted at the program’s discretion and are used to gain more insight into an application.

For prospective student inquiries, including questions about the program or how to apply, please contact us

Make comics that have never existed before 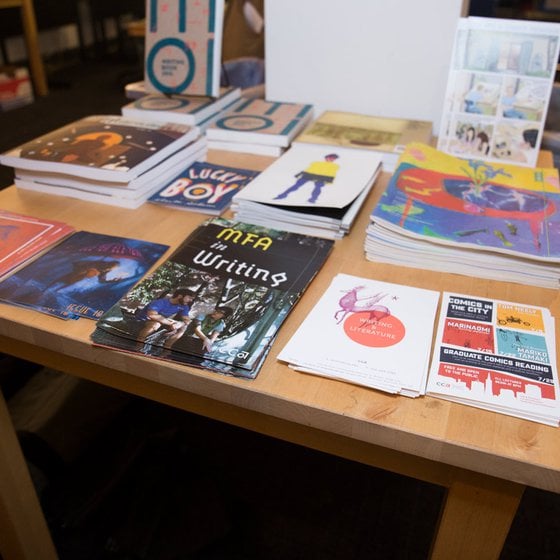 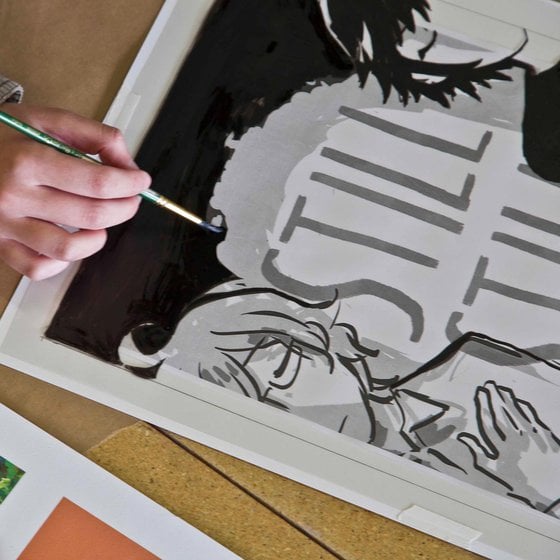 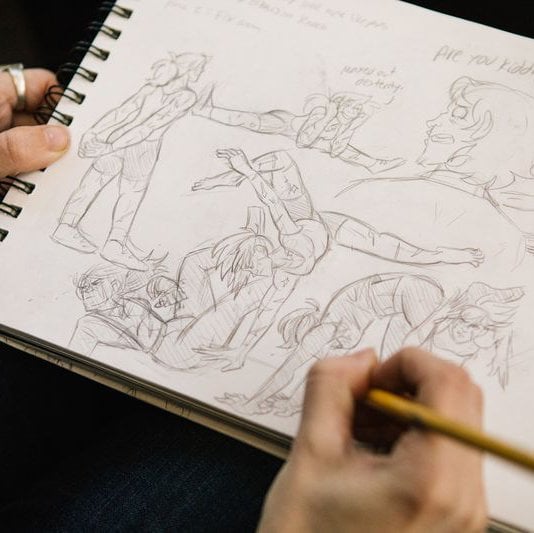 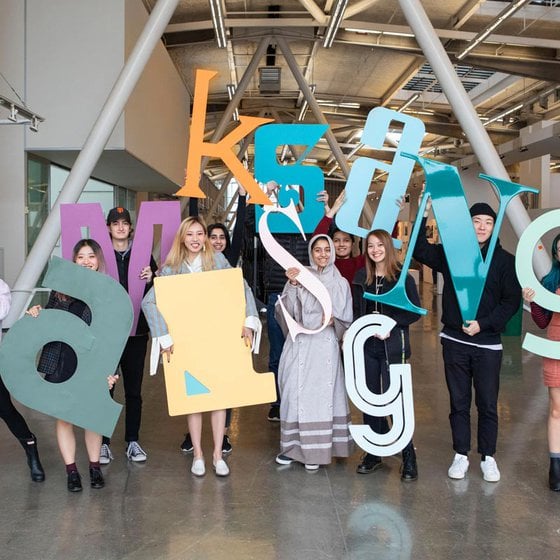