An ongoing gathering of projects, pics, stories, events, and updates from our campus on the cloud. 🌤️

On this page
Top 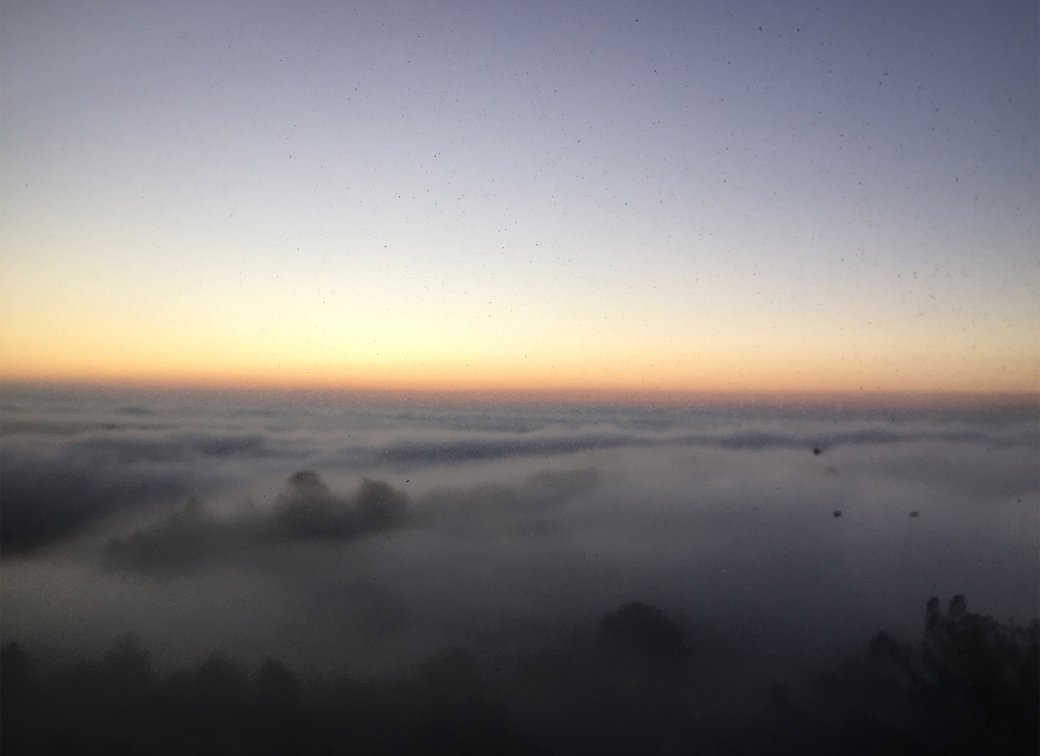 A “silver lining” is what we call a positive aspect of a bad situation. Like the silver lining of a dark storm cloud. Though we’re disappointed that the pandemic is keeping us apart this fall and we want to get back to campus ASAP, we also know that artists, designers, architects, and writers are distinctly equipped to find the creative opportunities—the bright side, the silver linings—of a low point. We are the people who help the rest of the people see problems in a new light.

This page is dedicated to sharing these positive insights; to tracking our community’s creative achievements, breakthroughs, inspirations, events, stories, and even small moments of simply sharing space with each other in the cloud.

This week’s activities and feel-goods

At CCA, we’re, ahem, weathering the pandemic storm together, even though we’re spread out around the globe. Here’s what we’re working on, dreaming up, and celebrating this week. Got something you’d like to share? Tell us everything

Joy to the Polls, a student-led “Get out the vote” event in Oakland on October 24, featured painting, postcarding swing states, voter registration, music, projections, and more, all socially distanced and safe! Shoutout to Carissa Lillian Clark (BFA Individualized Studies 2021) for the tip: “In the big picture we’re working to get out the vote for so many reasons: for racial justice, for the environment, for democracy, and for the nitty gritty of the local and YES for RADICAL JOY.”

Congratulations to CCA Fashion Design student Xi Wan, who was selected as a finalist in the 19th International Arts of Fashion Competition hosted at the Musée des Arts Décoratifs, Paris. Wan is one of only 50 finalists chosen from 397 fashion students representing 30 countries and 103 schools and universities.

All Power to All People by CCA alum Hank Willis Thomas (MFA Photography, MA Visual Criticism 2003) is an eight-foot-tall sculpture depicting an Afro pick with a Black Power fist raised to the sky. It is also, according to a new list by T Magazine, one of the 25 most influential works of American protest art since World War II.

Though perhaps one of the most unpredictable years in CCA’s 113-year history, 2020 also marks the beginning of the college’s firm grounding in San Francisco with the fall opening of Founders Hall and ushers in a new era of CCA as a fully residential campus. Don’t miss this first-look video tour and the Founders Hall Digital Mural Exhibit, created by CCA Libraries.

Conceived during this pandemic era, Nothing is Eternal “depicts the American flag in unsettling stillness, as a marker of territory, and projected onto bodies, while set to a heartrending soundtrack. … The slow transformation through time, color, and form reflects both a distillation of our social collapse and the reinvention of self and community, referencing the movement and change that is so desired for this nation.”

Did you miss the video’s debut? No worries. Nothing is eternal. ;) On-site presentations of the piece are being streamed online October 20 through December 12. Check out the full list of dates and times.

For a feature story in 48Hills, Victoria Wagner, senior adjunct faculty member in CCA’s First Year Core Studio program, says she didn’t work with wood until a piece of a tree being cleared “fell nearby, giving her what she describes as a ‘stroke of insight.’” The experience inspired Wagner to explore the phosphorescence of salvaged redwoods for the sculptures in her solo show, Everglow, recently on view at Maybaum Gallery. 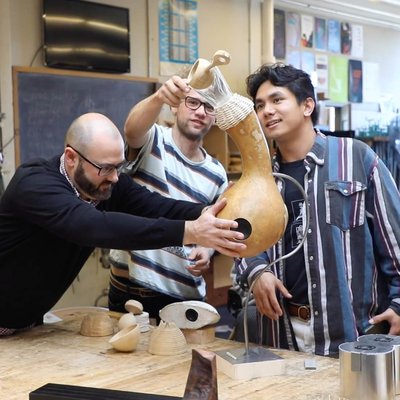 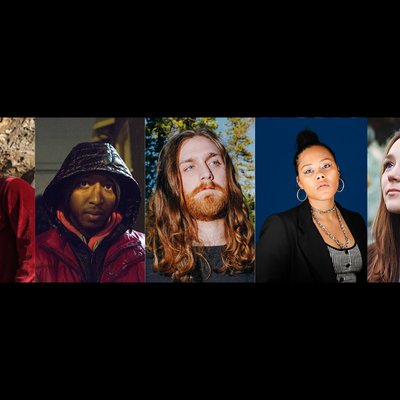 Five reasons to look forward to an online fall

There’s room for everyone up here

Here’s one of our favorite silver linings of a remote semester: Many of our international guest lectures, scholarly critiques, event series, artist interviews, and social gatherings are now virtual, open to the public, and accessible to more of us than ever before. See you soon. 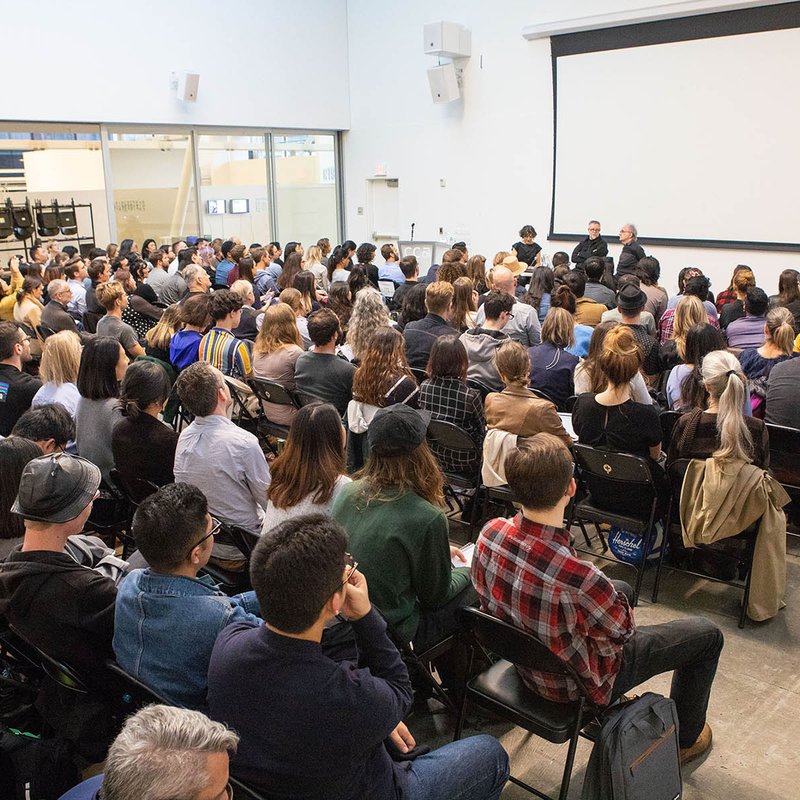 For the first time, CCA’s fall lectures are entirely online, bringing a diverse lineup of industry experts from around the world to audiences everywhere. 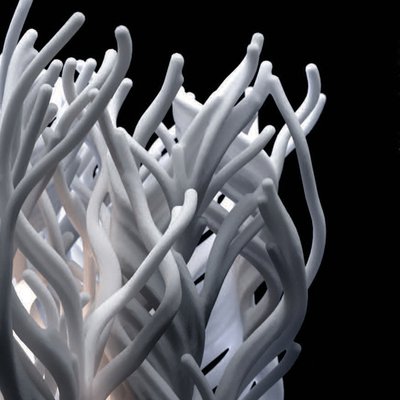 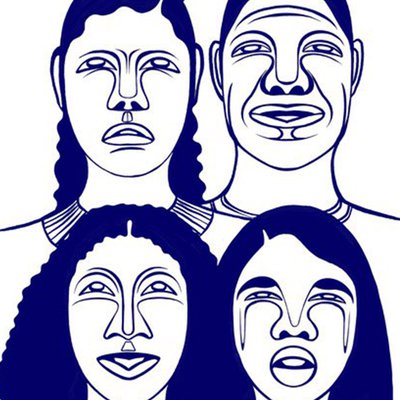 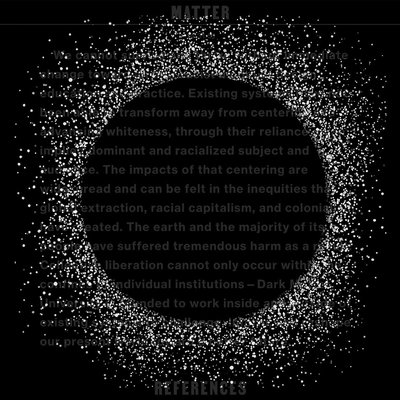 An evening with Dark Matter University

All events and exhibitions

Let’s cloud hop, shall we?

We want to feature your silver lining! Send us news, story ideas, updates, happy thoughts, whatever—if it’s happening in our community on the cloud, we want to shout it from the stratosphere.

You can submit your stuff using the link below or, because we know you might work differently on your cloud, send it to us via email. 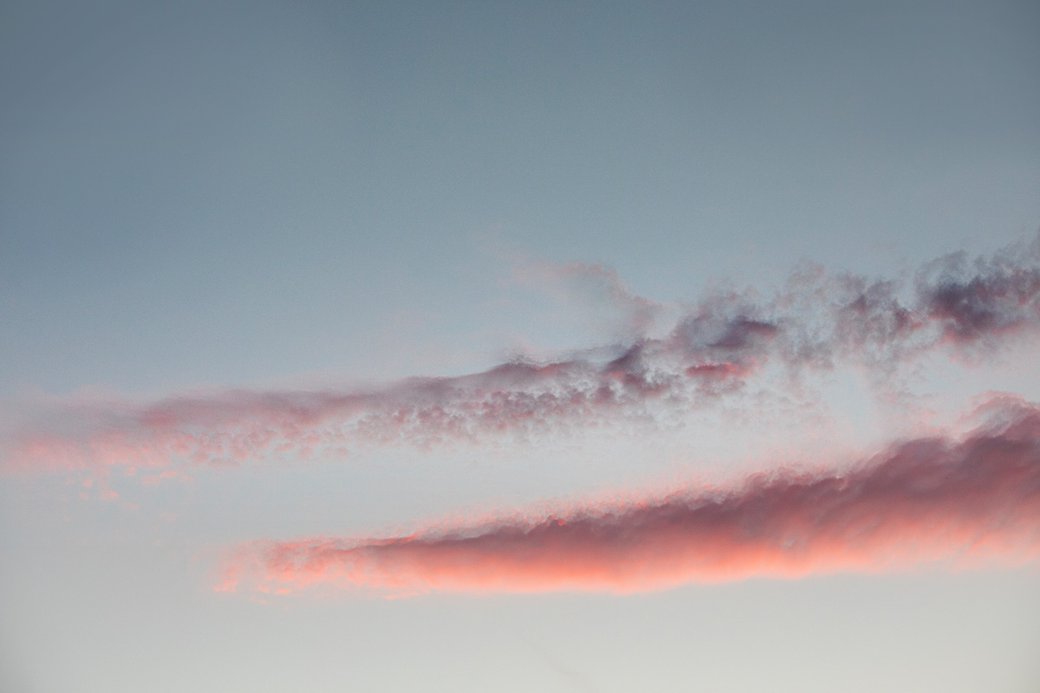 You can also send us your photos. What kinds of photos? Cloud photos, for example. ☁

Send them with a timestamp and location so we can see what the world looks like from everyone’s POV.

Are you, instead, finding micro moments of wonder on the ground? Has the change of pace and presence influenced your practice? How have you set up your home workspace and why? How are you adapting and finding inspiration during this time? We’ll share all those stories here, too.

EDITOR’S NOTE: Isn’t this all a little fluffy? Sure. But it’s also important to honor how our community is sticking together during this challenging time apart. 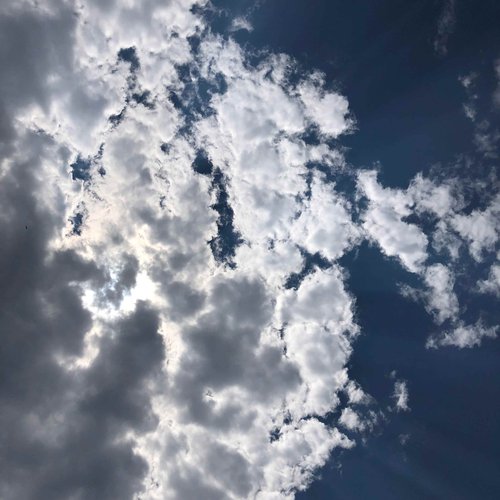 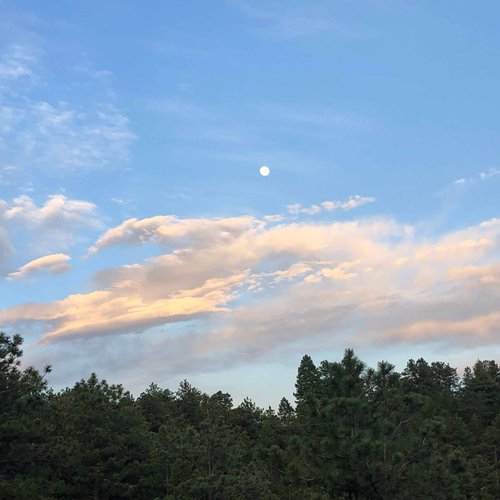 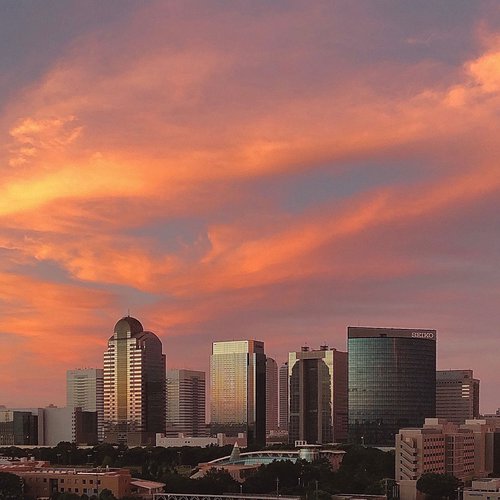 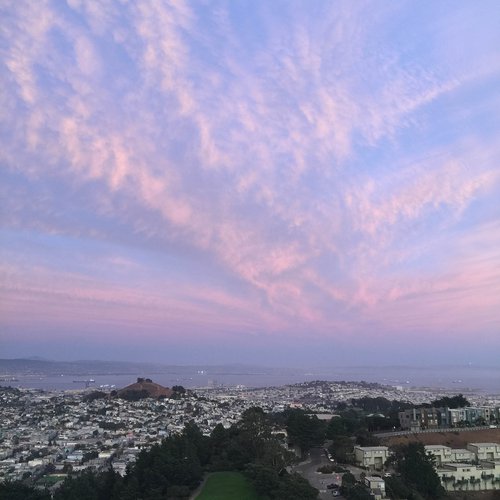 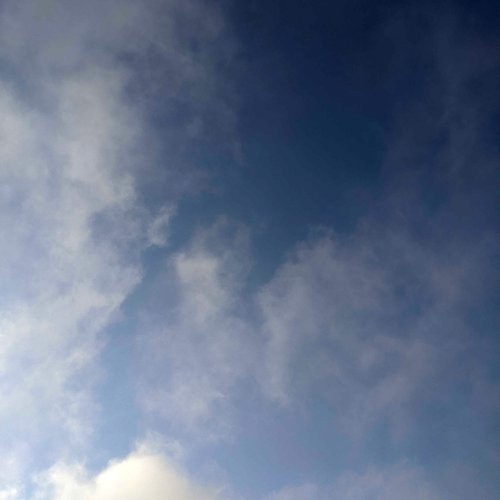 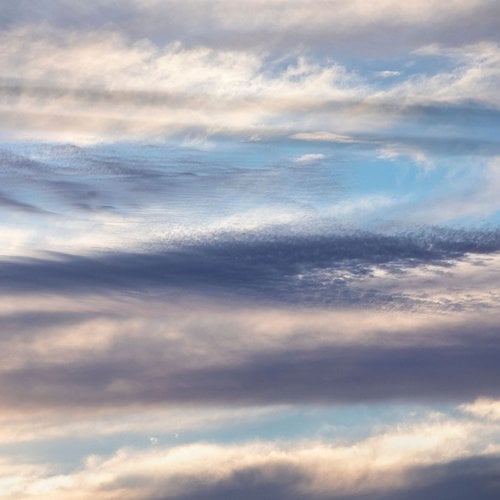 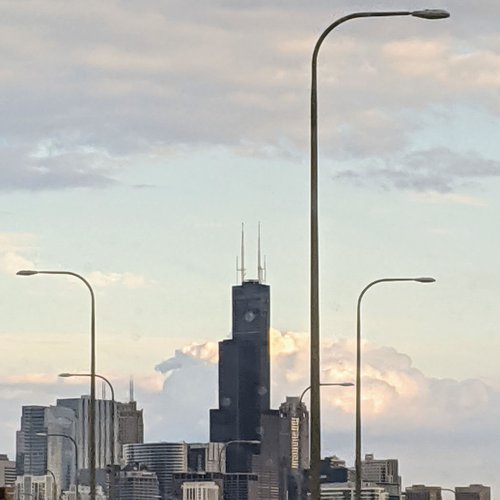 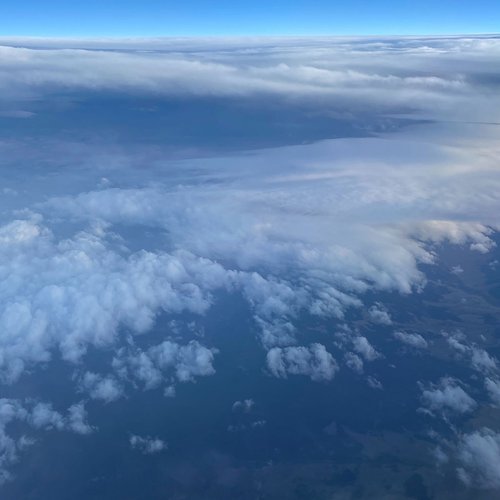 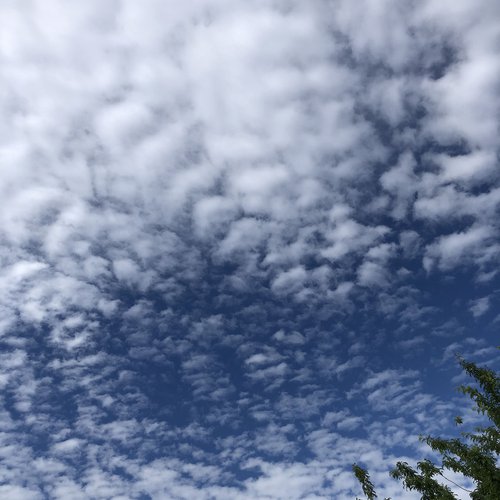 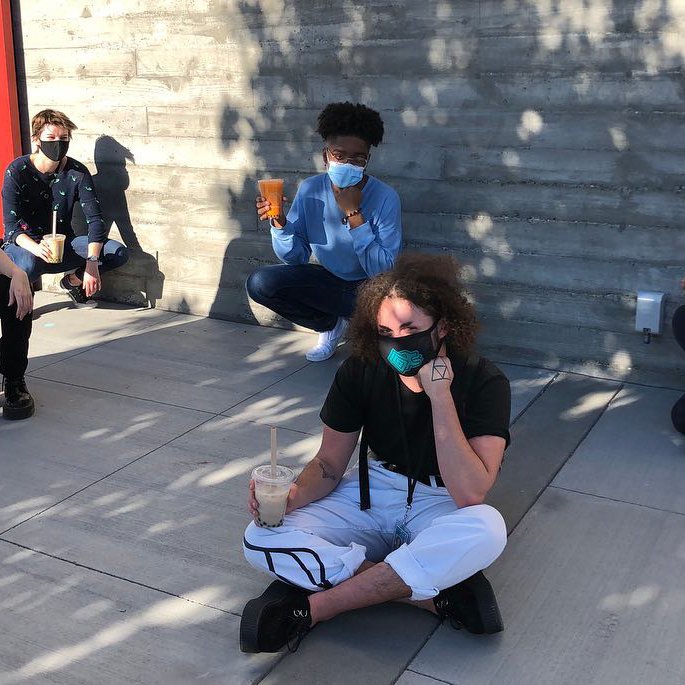 Everything's better with a side of boba.🥤 Even the already-rad [email protected] Artwork Campaign.⁠⠀
⁠⠀
Are you voting in person this year? Our San Francisco campus will be open from 7 am–8 pm on Election Day as a polling place. Stop by Hubbell Street Galleries while you’re here to see the [email protected] work, too! BYOBoba.⁠⠀
⁠⠀
Pictured: Students @camiim.art, Emma Brand, Josh Jackson, Elliot Aiena, and Samantha Thomes. Photo by Founders Hall Resident Advisor Riah Trevino.⁠⠀ 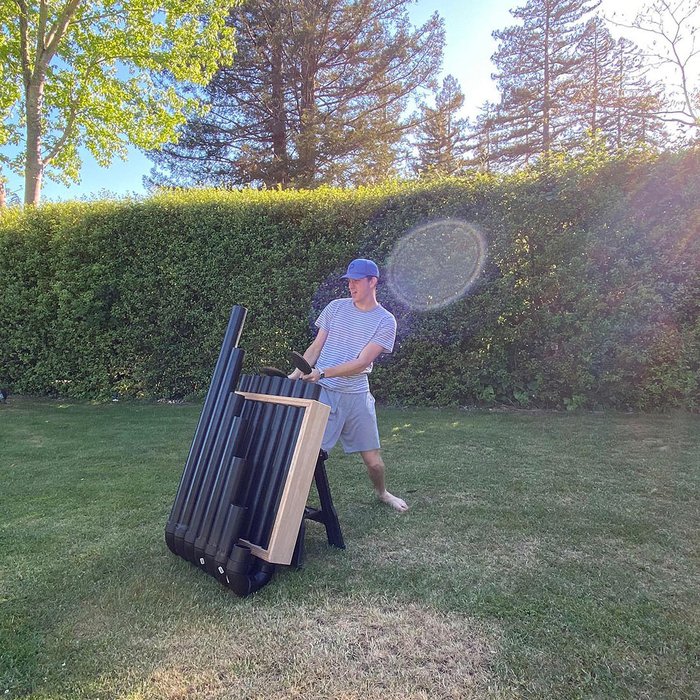 Make some noise for (and with!) @drob.dsgn and @namaste_or_die’s sound-making objects. 🔊 When #COVID19 closed campus, #CCArts students in Corey Jones and Sung Kim’s Acoustic Objects course shifted from the woodshop to Zoom, crafting imaginative instruments with the resources and materials around them. Read more about their acoustic adventures at https://bit.ly/3nLkuwF.⁠⠀
⁠⠀
Image 1: Daniel Escobar’s PVC drum set⁠⠀
Images 2-3: Kate Greenberg’s lupini harp plays with the wind⁠⠀
⁠⠀
#californiacollegeofthearts #chimeraMADE 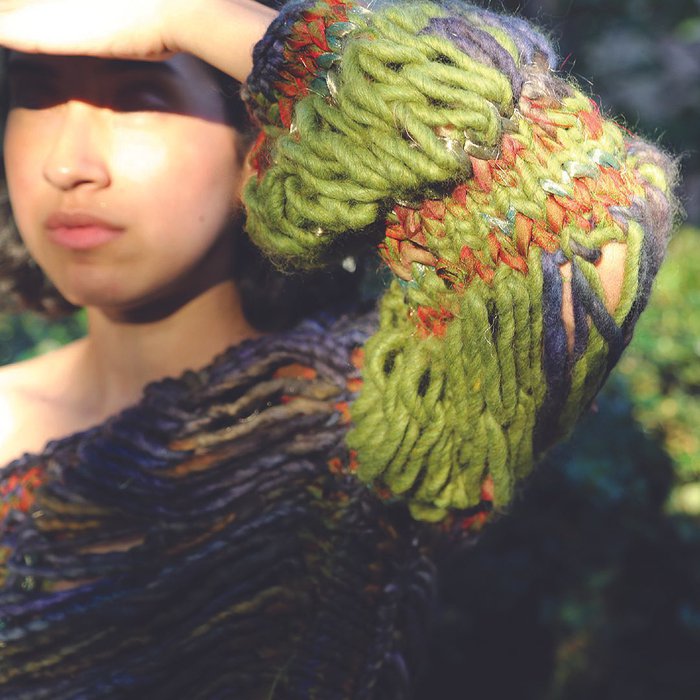 #CCArts alum @sajidasilva reflects how their experience abroad with @remakeourworld influenced their work: “My involvement with ‘Made in Mexico’ fundamentally changed my approach to fashion and design. I was faced with the fact that every piece of clothing being sold is hand-made and carries with it the story of suffering and exploited women. As a result I began to wonder what kind of a connection people would have with their clothing if they knew all that went into making a garment. My thesis collection looks at the type of energy a garment can carry depending on how it was produced.”⁠⠀
⁠⠀
Hear more from Sajida at https://bit.ly/31hUwHO. ⁠⠀
⁠⠀
About Sajida’s thesis collection “A Través el Río Mopan”: Inspired by a community of people exchanging knowledge of craft, this collection blends flowing silk and curated yarns to create muddy, rooted, sprawling garments with a vibrant and raw color palette reminiscent of the winding Mopan River, beautiful Belizean horizons, and dizzying days in the sun. In an age where people are becoming re-interested in the journeys their “products” take to reach them, I aim to inspire individuals to gain and develop new skills and cultivate collaborative practice as a form of nourishment that each fiber of the garments carry. Because I wonder: What type of energy do garments made by enslaved women of color carry?⁠⠀
⁠⠀
#californiacollegeofthearts #chimeraMADE 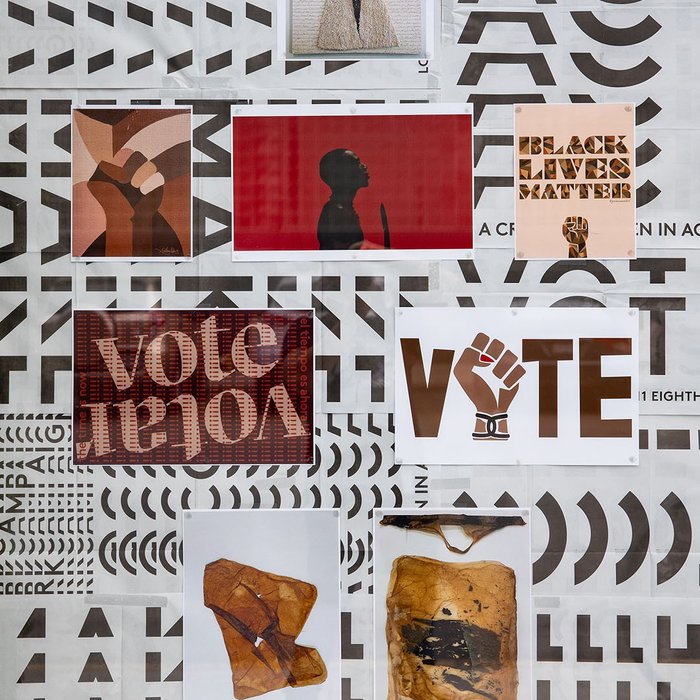 🗳️ #CCAvotes, how about you? 🗳️ California voters, today is the last day to register online or by mail to vote in the #2020election! Head to https://registertovote.ca.gov/ to make sure your voice is heard. ⁠
⁠
➤ Not sure you’ll make the deadline? You can conditionally register and vote after the 15-day voter registration deadline at these locations: https://www.sos.ca.gov/elections/voter-registration/same-day-reg⁠
⁠
➤ Not voting in California? Visit vote.org to find instructions for your home state and check your registration status.⁠
⁠
➤ Want tips? Check out our guide on how to vote in four steps: https://bit.ly/2F6958S ⁠
⁠
Image credits: [email protected] artwork installation including work by Katayoun Bahrami, Ashley Adams, Devone King, Jenna Rosenthal, Sarah Dunham, Joseph Perez-Green, Lizzie Wallack, Leslie Gutierrez Saiz, and Robin Dintiman.⁠
⁠
#creativecitizensinaction #CCArts #californiacollegeofthearts #chimeraMADE